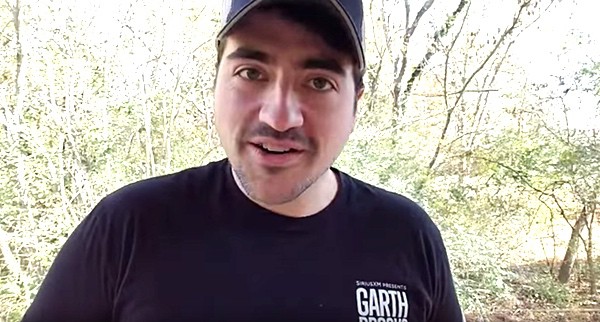 “Liberal Redneck” Trae Crowder hasn’t posted a video since before the election. Like all of us, he has been a bit shell-shocked, but he’s back to talk about it just days before Thanksgiving, and slap a bit of reality back into everyone.

Crowder says the endless debates about who’s right and who’s wrong need to stop and we need to understand what happened, learn from it, and move on.

“Right now in this moment in this America, do you really feel like that matters? Who’s right and who’s wrong. Cause it don’t. What matters right now is who won and who lost. And there ain’t no debating that part, baby. So we can keep shoving our heads up our high horse’s asses all we want, acting like there ain’t shit for us to learn about what just happened, but as long as we do that, we ain’t no better than a climate change denier who gets dickslapped with evidence and goes ‘ah well it was cold on Easter – f**k the grandkids anyway’. We ain’t no better. And as long as we do that we will continue to lose.”

Crowder also has a message for those of you who are about to go sit down for Thanksgiving dinner with your racist grandpa who voted for Trump.

“What’re you gonna do? You’re gonna throw gravy in his stupid old face? Tell him to shove the turkey baster up his ass? That ain’t no way to act. It’s a problem I’d love to have by the way. Both my papaws are dead and gone, all right? Both somewhat racist, both probably would have voted for Trump. Still miss ’em. Still give anything to be able to get drunk on dressing with ’em on Thursday. I loved ’em in spite of that shit. Ain’t that how it’s supposed to work?”

So here’s some advice:

“Just take a deep breath and remind yourself, we’re all still in this house together. And we all still gotta eat.”

Previous Post: « Seth Meyers: Trump’s ‘Hamilton’ Fight is a Distraction from ‘Scamilton’, His Duping of America
Next Post: Rachel Maddow: White Supremacists Are a Part of Our National Politics Now Thanks to Donald Trump – WATCH »