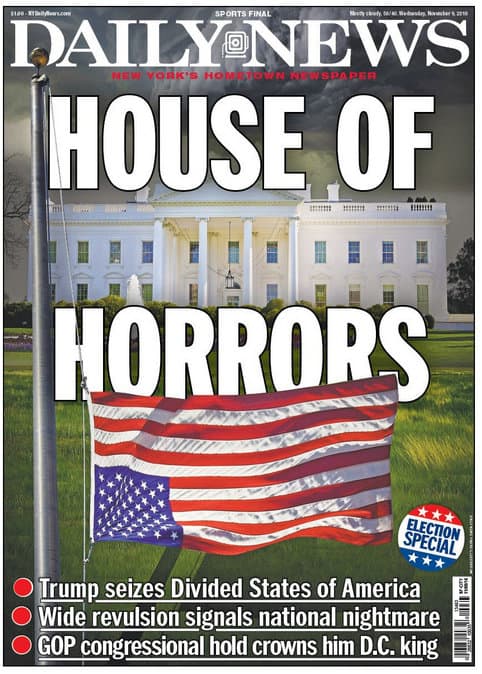 TRUMP IN 2012. “The electoral college is a disaster for a democracy.”

REELING. Obama takes gut punch to legacy: “Never been as wrong on anything on my life,” tweeted Obama’s 2008 campaign manager David Plouffe, who had been advising Clinton’s campaign throughout. “Sobriety about what happened tonight is essential”.

CONCESSION. Huma Abedin placed call to Trump on behalf of Clinton. “They had a very gracious exchange,” [Kellyanne] Conway said today on “Good Morning America.” “As I understand it, Secretary Clinton commended Donald Trump on a hard-fought race and congratulated him for his victory and he told Secretary Clinton she’s very smart, very tough, had waged a tremendous campaign. 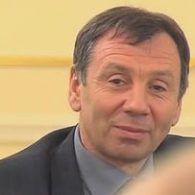 RUSSIA AND WIKILEAKS. “Maybe we helped a little” says top Russian official: “Sergei Markov, a pro-Kremlin political analyst, was jubilant at the result and said a Trump presidency would make it more likely the US would agree with Russia on Syria, where the two powers back different sides and Moscow has intervened decisively on behalf of the president, Bashar al-Assad. Markov also said it would mean less American backing for ‘the terroristic junta in Ukraine’. He denied allegations of Russian interference in the election, but said ‘maybe we helped a bit with WikiLeaks.'”

In a room full of hope, we will be heard. @deray #blacklivesmatter Stand up for kindness, equality, and love. ❤️🇺🇸 Nothing will stop us. pic.twitter.com/CYLnVOseML

LIGHTBULB WORM. Every smart light in a city could be taken over in moments: “Researchers from Dalhousie University (Canada) and the Weizmann Institute of Science (Israel) have published a working paper detailing a proof-of-concept attack on smart lightbulbs that allows them to wirelessly take over the bulbs from up to 400m, write a new operating system to them, and then cause the infected bulbs to spread the attack to all the vulnerable bulbs in reach, until an entire city is infected.”