A photo alleging to show Mike Pence’s hidden and shocking gay past has gone viral online.

The only problem is, it’s a hoax. But, a fun hoax that’s not too out of the realm of believability given the secrets anti-gay Republican politicians usually keep hidden in their closets. 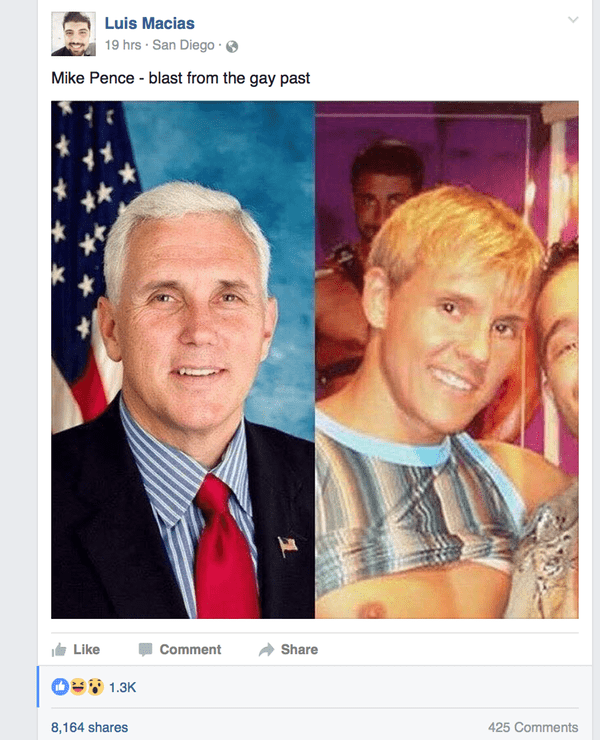 Macias captioned the photo: Mike Pence – “blast from the gay past.”

It’s also been retweeted and liked thousands of times on Twitter.

However, many were quick to point out that the person on the right is not Pence but rather gay adult film star Brad Patton who starred in many Chi Chi La Rue films for Falcon Studios in the early aughts.

Still, it wouldn’t have been the strangest thing to happen in 2016 if that photo was an actual after and before of Pence. It really wouldn’t have.