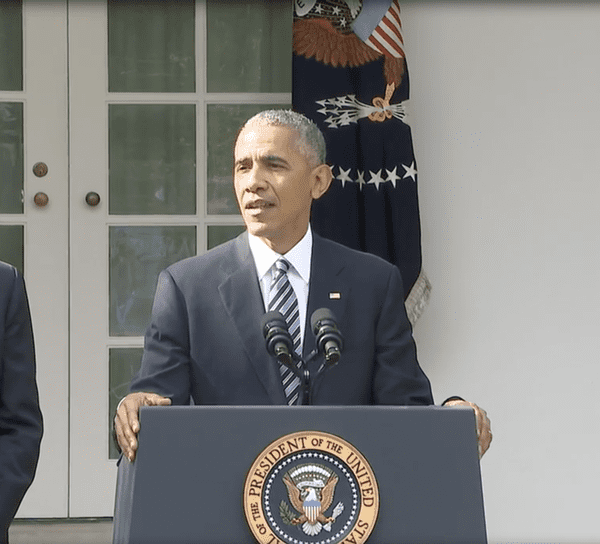 President Obama delivered a speech from The White House Rose Garden on Wednesday following Donald Trump’s election as the 45th president of the United States.

Obama said Americans must support Trump and added that he has invited Trump to the White House to meet with him.

Now, everybody is sad when their side loses an election. But the day after, we have to remember that we’re actually all on one team. This is an intramural scrimmage. We’re not Democrats first. We’re not Republicans first. We are Americans first. We’re patriots first. We all want what’s best for this country. That’s what I heard in Mr. Trump’s remarks last night. That’s what I heard when I spoke to him directly. And I was heartened by that. That’s what the country needs — a sense of unity; a sense of inclusion,; a respect for our institutions, our way of life, rule of law; and a respect for each other. I hope that he maintains that spirit throughout this transition, and I certainly hope that’s how his presidency has a chance to begin.

Watch the speech and read the full transcript below, below.