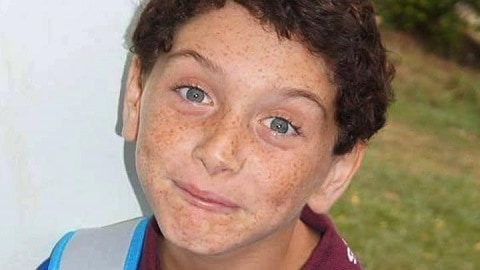 A 13-year-old Australian boy committed suicide last week after he suffered years of homophobic bullying by other children.

Tyrone Unsworth was hospitalized last month following a violent altercation with another student from his school. After the attack he said he was too afraid to go back to school.

Tyrone’s mother Amanda said her son was a happy-go-lucky child who always appeared to be happy on the outside. However, she said he “was really feminine male, he loved fashion, he loved make-up and the boys always picked on him, calling him gay-boy, faggot, fairy.”

She added “I feel like these people who were bullying Tyrone are the cause of why he is not here any more. They pushed him to the edge.”

RELATED: Father Posts Heartbreaking Message for the Bullies Who Caused Son to Take His Life: WATCH

According to Mashable, the principal at Tyrone’s school said she was unaware of the bullying. “We are really sympathetic with the family, and his loved ones and peers,” said Jacquita Miller. “We had no reports to the school of the bullying, we really try to work with families to resolve these complex issues.”

The Safe School Coalition has issued a statement saying “[the initiative] exists because research shows that students at safe and supportive schools have better educational outcomes and are less likely to have poor mental health outcome. Research also highlights that young LGBTI people suffer higher rates of poor mental health and suicide due to bullying and discrimination.”

A fundraising campaign has been set up to help cover the cost of Tyrone’s funeral. You can donate here.