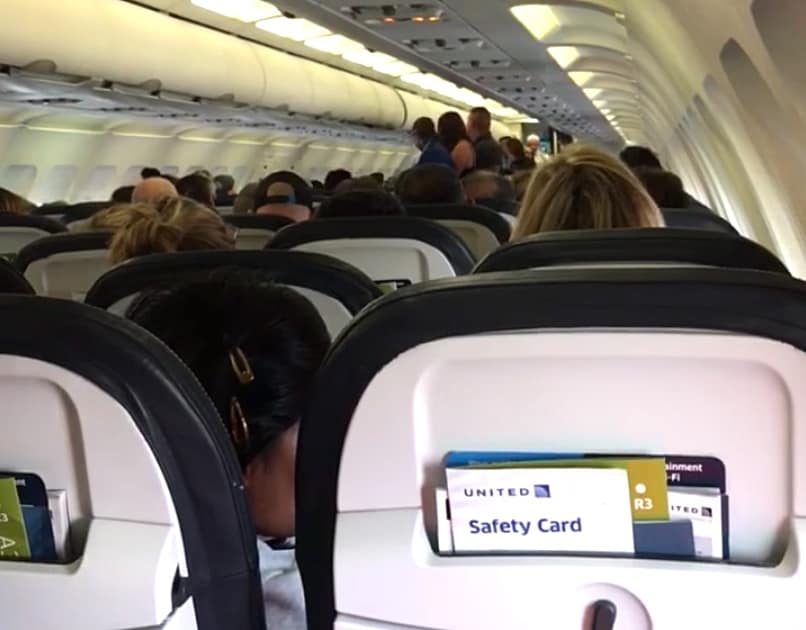 Two passengers having a political argument over the US election on a United Airlines flight to Mexico last week received a stern lecture from the pilot, who defused the situation and warned that such conflict is inappropriate “in a metal tube at 35,000 feet.”

On my friend’s…flight from SFO to Mexico, some kinda scuffle broke out where an individual with a “plaid shirt and a camo cap” said something racist (about being “glad to have kept his guns”) to an African American lady, and she began to cry and freak out. They separated the two of them, and then the Captain of the flight got on the PA and made this announcement.

Here’s what the pilot said over the PA system:

“I understand everybody has their opinions; that’s fine. If you support him (Trump), great. If you don’t, I understand. However, we’re out here to go to Puerto Vallarta, supposed to be having a good time, and what I do ask is that as people we have the common decency to respect each others’ decisions and to get along on this three hour and 13 minute flight so that we can have a good time when we get down there.”

“Nobody wants to argue. No one’s going to change their minds by arguing. Let’s keep our opinions to ourselves on this particular matter at this particular time. When cooler heads prevail and we can talk and realize that we’re all human beings and we all can stick together and we can all pull for this country in our own way, then that’s what we should do….If anybody has a problem with this, that needs to vent or rant or rave, there’s another flight tomorrow. You’re not going to be on this one, I hope that’s clear.”

“The pilot was made aware of an incident onboard and used the intercom to diffuse the situation and insure the safety of everyone onboard. The flight continued without any further reports of disturbance.”

Previous Post: « Jack Falahee Decided to Reveal His Sexual Orientation Because of the 2016 Election
Next Post: Irish Town Backs Down On Plan To Invite Mike Pence To ‘Home of His Ancestors’ »