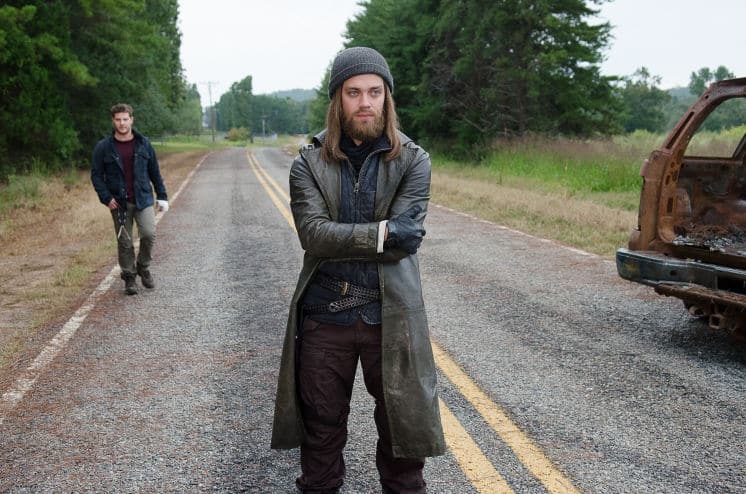 Tom Payne, who plays Paul “Jesus” Rovia on The Walking Dead, sat down with the Huffington Post to talk about the show and his character’s sexual orientation, confirming that his character, true to creator Robert Kirkman’s wishes, is gay.

“In my opinion there should be more awesome gay people in fiction because there are plenty of awesome gay people in real life. I want Jesus to be a character where his sexuality is as unimportant as Rick or other heterosexual characters. So we won’t focus on it constantly and it won’t be the focus of any big storylines for him… but he’ll make it with a dude every now and then… before going out and drop kicking zombies. He’s one of my current favorite characters.”

Payne tells HuffPost that though it hasn’t been addressed on the show, he’s keeping it real:

Payne explained his thoughts on his character’s sexuality.

When asked about the possibility of seeing that element of Jesus on screen, Payne said, “I think that would be amazing.”

The actor recalled Kirkman’s former comments on the character, saying, “Yeah, who cares? He’s a badass and he happens to be gay.”

“I think that’s one of the strongest things about Robert [Kirkman] and how he writes the comic books,” said Payne, continuing, “Why wouldn’t he be? And I see no reason why that would be different in the show.”