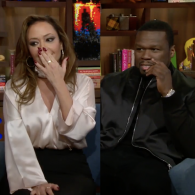 TALKING OUT OF YOUR A**. Leah Remini and 50 Cent talk with Andy Cohen about, er, eating out: “If I was a guy and I had that kind of watch and those kind of sneakers and a bitch wanted to lick my ass, I’d let her lick my ass!”

HEALTHCARE. Are Republicans getting cold feet now that they finally have a chance to repeal Obamacare? “Republicans now face the prospect of getting what they have long claimed to want — the chance to repeal Obamacare. But if they do it, they will face the wrath of voters who value their health insurance made possible by Obamacare. And if they do not do it, they will face valid accusations of breaking promises they have been making for six years.”

RIGGED. After claiming for months that the election was rigged, Trump is now fighting recount efforts in the courts.

TRANS SAFETY. Why does Turkey have the highest transgender murder rate in Europe? 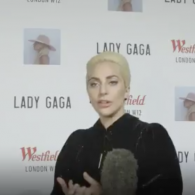 MOTHER MONSTER. Lady Gaga talks LGBTQ rights before London show: “[We] are going to do everything that we can to protect the social progress we have made over the last eight years. Political progress cannot happen unless there is social progress. You can create lots of jobs, you can create new policy – but those things cannot work unless people like each other, unless people are kind to one another. We need to stay in a kind place and we need to bond during this time, and be as harmonious as possible, and intelligent in the way we approach this.”

BARBIE GIRL. Amy Schumer is in talks to star in a live-action Barbie film: “According to Deadline, the film will center on an imperfect Barbie who lives in Barbieland among the 180-plus Barbie characters, but doesn’t quite fit the mold of the others. Due to the fact that this Barbie is a bit eccentric, she ends up getting kicked out of Barbieland, essentially because she’s not perfect enough.” 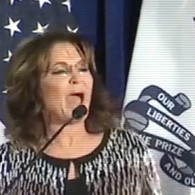 HEAD DOESN’T KNOW WHAT THE TAIL IS DOING. Sarah Palin blasts Trump’s Carrier deal: “In an op-ed for the website Young Conservatives, the former Alaska governor allowed that the details behind the manufacturer’s decision to keep some 1,000 jobs in Indiana at the president-elect’s behest, rather than move them to Mexico, are not yet clear. But touting the value of free markets, Palin signaled her disapproval if it was a case of ‘political intrusion using a stick or carrot to bribe or force one individual business to do what politicians insist.'”

YOU CAN’T STOP THE BEAT. Hairspray Live! releases featurette ahead of Dec. 7 premiere. 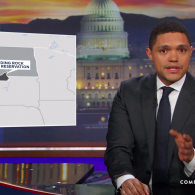 LATE NIGHT. Trevor Noah on the Dakota Access Pipeline: “This pipeline is NSFW: not safe for whites. It’s just interesting to me that the people with the longest history of getting f—ed over in America are the ones who are getting f—ed over. America has spent centuries moving native peoples from place to place. Maybe just this one time, you can be the ones who move.”

FOREIGN POLICY FIASCO. Donald Trump speaks with the president of Taiwan–a country which the United States does not have official diplomatic relations with because of China: “He is believed to be the first president or president-elect who has spoken to a Taiwanese leader since 1979, when the United States severed diplomatic ties with Taiwan after its recognition of the People’s Republic of China.”