BENGHAZI. House committee quietly files its report and shuts down because its true purpose — derailing Hillary Clinton’s presidential bid — has already been achieved.

GLAMOUR SHOTS. This is what happens when you mix Terry Richardson, Kylie Jenner and a python. 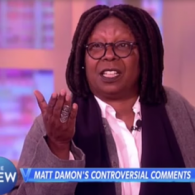 TRUTH TALK. Whoopi Goldberg says “Kellyanne Conway is fake news”: “If this were any other country we’d be all in their business. We’d be investigating and looking and saying you can’t run these kinds of elections.”

RECOUNT. Trump’s victory in Wisconsin still holds: “Trump picked up a net 162 votes as a result of the recount that the Wisconsin Elections Commission certified Monday. Green Party candidate Jill Stein requested and paid for the recount that began Dec. 1.” 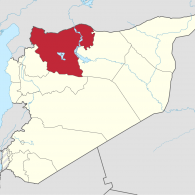 MIDDLE EAST. Syrian rebels retreat from Aleppo amid “terrifying” collapse: “The Syrian military said it had gained control of 99 percent of the former opposition enclave in eastern Aleppo, signaling an impending end to the rebels’ four-year hold over parts of the city as the final hours of battle played out.” 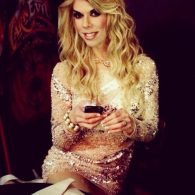 I’D LIKE TO THANK THE ACADEMY. Drag Race alum Kelly Mantle makes Oscar history: “The gender-fluid performer is eligible for Oscar nominations in both male and female categories, which is a first for the Academy of Motion Picture Arts and Sciences.” 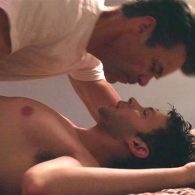 MENTAL STAMINA. Nat Geo miniseries Mars examines stressful situations human settlers would face colonizing the red planet: “Going to Mars will be more than just a tremendous technological feat. Surviving and thriving on the Red Planet may prove to be the biggest challenge yet for human explorers. Living in an environment that is entirely inhospitable — or even deadly — to human life will require more than just the use of advanced technology and infrastructure for protection.”

A post shared by The real Devon Walker (@devonmw)

Previous Post: « Senate Republicans Will Reintroduce Federal Anti-Gay ‘Religious Freedom’ Bill Next Year Because Trump
Next Post: ‘Model’ Back on ‘Top,’ Latifah Is A ‘Star’ and more TV this week »