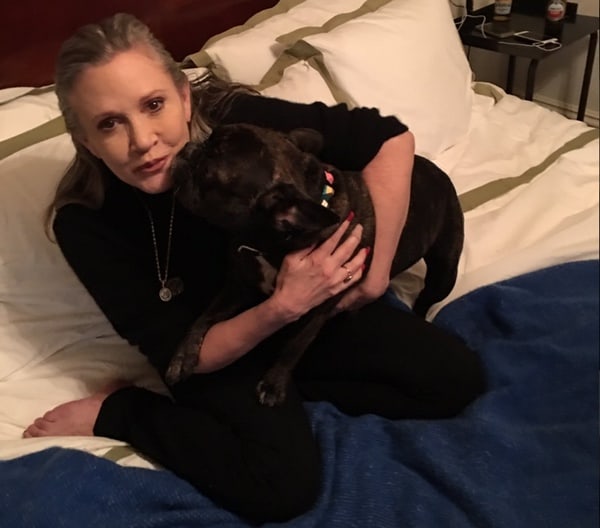 Actress Carrie Fisher is being treated in an intensive care unit at UCLA Medical Center after a “cardiac episode” on a flight from London to Los Angeles. Her condition remains largely unknown.

USA Today has the latest:

On Friday night, Todd Fisher told The Associated Press that his sister was receiving excellent care, but said that he could not classify her condition. He had earlier told the AP that she had been stabilized and was out of the emergency room.

In a subsequent interview, he said many details about her condition or what caused the medical emergency are unknown, and much of what had been reported was speculation.

“We have to wait and be patient,” he said. “We have so little information ourselves.”

TMZ and the Los Angeles Times reported that the actress, best known for playing Princess Leia in the Star Wars film franchise, was on a flight from London to Los Angeles when she went into cardiac arrest. TMZ reports that the emergency occurred about 15 minutes before landing, and an EMT on the plane administered CPR before landing. The plane arrived just after  noon PT and Fisher, 60, was rushed by paramedics to the UCLA Medical Center.

Harrison Ford wrote in a statement acquired by Variety, “I’m shocked and saddened to hear the news about my dear friend. Our thoughts are with Carrie, her family and friends.”

Thoughts and prayers for our friend and everyone's favorite princess right now.. @carrieffisher

@carrieffisher The whole world is sending you so much love! Sending you the universes most powerful Force XXXXX❤❤❤

We wish Fisher a full and speedy recovery.