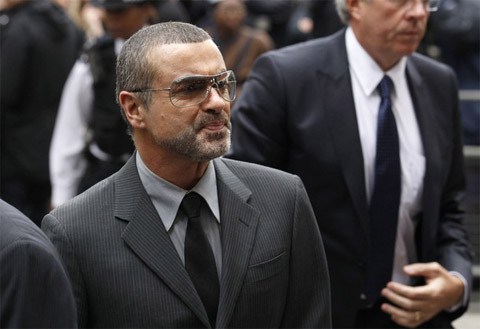 2016 has taken another huge icon. Singer George Michael “passed away peacefully at home” at the age of 53, according to his publicist.

The cause was heart failure.

Police say there were no suspicious circumstances.

Earlier this month it was announced that producer and songwriter Naughty Boy was working with Michael on a new album.

In a statement, the star’s publicist said: “It is with great sadness that we can confirm our beloved son, brother and friend George passed away peacefully at home over the Christmas period.

“The family would ask that their privacy be respected at this difficult and emotional time. There will be no further comment at this stage.”

Michael’s former Wham! bandmate tweeted: “God didn’t give it, you did my old friend. Cleft with grief.”

God didn't give it, you did my old friend.
Cleft with grief.
A xx https://t.co/yPzbB3rDGE

A gigantic loss for so many. RIP.

Previous Post: « Carrie Fisher in ICU After ‘Cardiac Episode’ on Flight from London
Next Post: George Michael’s 1998 Coming Out Interview: ‘I Don’t Feel Any Shame and Neither Do I Think I Should’ – WATCH »