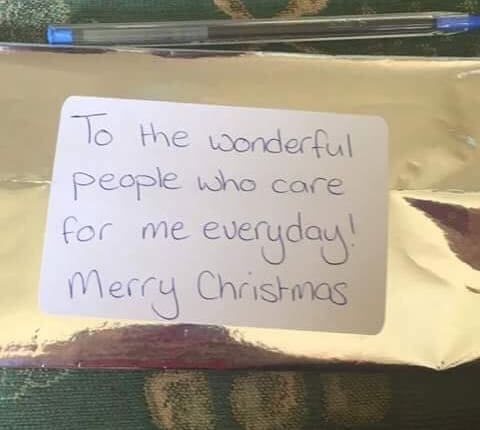 Ten school bus drivers and the Marriage Alliance are believed to have been involved in an ugly incident in which school children were handed gold-wrapped Christmas envelopes as they were being driven home from school. The children believed they contained gifts for their parents, but they really contained anti-gay marriage hate literature.

So, this little gift-wrapped “present” is being given out on school buses in Kyabram to every student on the bus – according to one student “an older looking person” got on the bus and asked the driver to hand them out! “They got on every bus at the school…they went from bus to bus handing them out!” Wanna guess what’s inside? The same anti-safe schools pamphlets that were being given out a few weeks ago in Tongala! Gift-wrapped!? For Christmas!? Can you believe it?!

“Changing the marriage laws will impact your family,” reads the pamphlet. 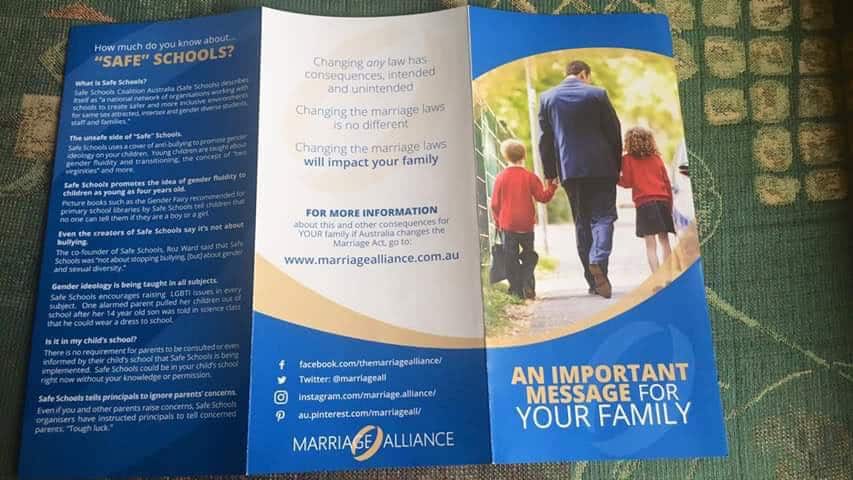 Kyabram College principal Stuart Bott advised parents the pamphlet did not represent the school’s position on marriage equality but confirmed a ‘member of the community’ had distributed the letters to bus drivers.

Other parents have reported members of the Marriage Alliance boarded the buses themselves to hand out the ‘presents’.

It also stated the Safe Schools program used ‘a cover of anti-bullying to promote gender ideology’. A woman whose brother attends the school said he was thrilled to hand the letter over so he could see what the present was, but ended up bitterly disappointed with its contents.

Marriage Alliance responded to the incident:

“Marriage Alliance has been made aware that a volunteer was recently handing out flyers on buses in Victoria,” a spokesperson said in a statement to BuzzFeed News.

“This was not an action that was part of a campaign from Marriage Alliance and is not condoned or endorsed by Marriage Alliance. This action was taken by an individual who has since been contacted regarding this matter.”