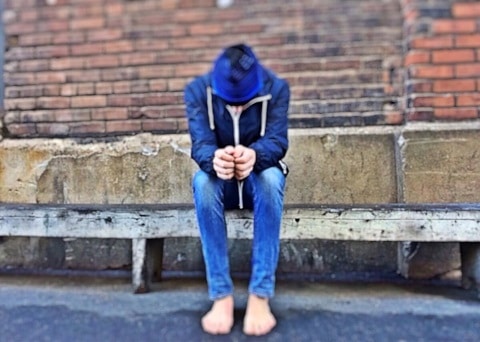 Two UK LGBT charities have said that growing numbers of young gay people are being forced from their family homes because their parents refuse to accept their sexuality.

According to the Albert Kennedy Trust and Stonewall Housing, some young LGBT people are being “beaten out of their homes” while others are being sent abroad in an attempt to cure them of their homosexuality.

Please support AKT this Christmas and help us be there for young LGBT homeless people. Text NRFH16 £5 to 70070. Thanks. #NoRoomForHate pic.twitter.com/XgrXxlOteU

“LGBT people in this country have seen the benefit of many positive changes to legislation in recent years, and to some it might appear that the big battles have been won. They haven’t been.

“At The Albert Kennedy Trust we are seeing increasing numbers of young LGBT people who are homeless or living in hostile conditions.

“In most cases young people have been driven out of their family homes because of parental rejection, abuse from within the family, and aggression or violence. We’re seeing a particular increase in the numbers of young people identifying as trans.”

The trust’s findings were echoed by those of Stonewall Housing which receives more than 1,800 calls a year from people of all ages seeking help. In the past year, the charity has recorded a 30 per cent increase in calls from 16 to 25-year-olds.

“We have seen a dramatic increase in young people coming to us for help. The majority of people contacting us feel their sexual orientation or gender identity is the reason.

“It can be that they are victims of antisocial behaviour where they live.  It can be violence against them at home.  Young people being excluded by their families is still a big issue.”

“The LGBT community has had recent wins, but we are now seeing a backlash against that from people who aren’t happy with it.

“We can legislate, but actually changing attitudes takes a long time.”

Give what you can to the @AliForneyCenter Here is their @Amazon Wish List. https://t.co/uzcAyAddtT

An anonymous 24-year-old woman told the Independent she became homeless aged 16 after her mother changed the locks at the family home having discovered her daughter was a lesbian. Since reconciled with her family, she said:

“There are a lot of horror stories. I have got about five close, close friends who have been kicked out of the house because of their sexuality. One or two were beaten out of the house.

“I know people where their family tried to send them to Africa to ‘fix’ them.

“I might be out and proud, but I am not singing it or holding banners – because I know a lot of people only tolerate us because of the legislation.

“People will never call me anything to my face in the workplace, because they know they are governed by legislation. That doesn’t change how they truly feel, though.

“They won’t say anything in public, but they will at the dinner table, behind closed doors.

“A lot of people are still homophobic. And when it comes to their kids being gay, they don’t take it well.”

The anonymous woman said the current situation reinforces the the need for the Young and Homeless Helpline. “The majority of my advice came from my friends,” she said. “When it came to where to go, what to do … We didn’t know any of the answers.”

Watch a report on LGBT youth homelessness in the U.S. below.

(Image labeled for reuse via Pixabay)

Previous Post: « We Interrupt This Workout to Bring you a Gay Marriage Proposal: WATCH
Next Post: Neil Patrick Harris Offers Answers to 73 of Life’s Pressing Questions in His Sick Harlem Brownstone: WATCH »