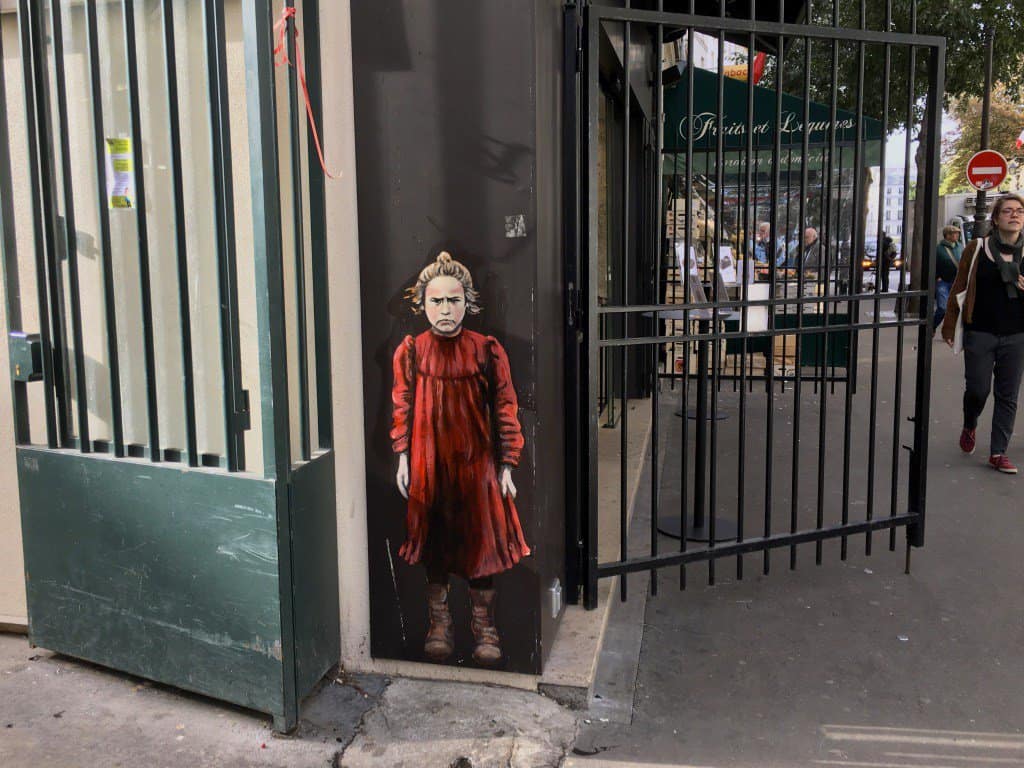 Imagine the sounds coming out of a busy blacksmith shop in an alleyway in Paris sometime back in the 18th century: the hammering of wrought iron, the rhythmic whoosh of air as the blacksmith uses a bellows to stoke a fire.

We have no recordings of the actual sounds of Paris in those early days, so to try and make those 18th-century streets and alleys of Paris come to life takes a bit of careful historical research and a little imagination.

That’s where French musicologist Mylène Pardoen, who’s been described as an “archaeologist of sound,” comes in. She’s created an “interpretation” of what Paris might have sounded like way back then.

Her latest, the “Sound of 18th Century Paris,” takes you to a Paris you’ve literally never heard before. Listening to it is like being transported back to the Grand Châtelet neighborhood of Paris two centuries ago, said Pardoen in an interview on RTS Swiss Radio.

“On the Pont au Change, one of the relatively noisy bridges of Paris, there were a great many artisans of luxury items, such as jewelers, engravers, polishers. … It is important to realize that during the 18th century there was no gas or electricity, so the artisans gathered close to the natural light, near the bridge, and that created a density of sound. The houses were very tall, so the sound stayed. It did not leave the bridge. The sound remained there and seemed thicker than it would today. It was not louder, nor was it less loud. It was denser.

“There were more sounds that collided with one another. Today that would give us an impression of being smothered. But today, we have wider streets. Back then the streets were narrow. People worked in the street and were squeezed against one another. ”

Of course, Hollywood offers up historical movies from time to time, with soundtracks to match the older era. Pardoen’s Parisian soundtrack has been similarly designed, right down to the sound of roosters crowing in the distance, the buzzing street markets and horse carriages rolling along cobbled streets.

“Again, on the Pont au Change, you hear the Seine, which is the aorta that keeps Paris alive,” says Pardoen. “On the right side, there were furriers who worked on pelts, but what you hear are the washerwomen working under the arches of the bridge. Then you hear the Notre Dame bridge pump, which brought drinking water to the Parisians. People drank the river water and lived, that’s it! That pump no longer exists, so I had to record and capture the movement of a restored water mill with a wooden mechanism.

“With my scientific colleagues, we took measurements to calculate how many rotations of the hydraulic wheel would simulate the action of the pump. We came up with six turns per minute.”

In addition to recording historically accurate sounds, Pardoen worked with experts to carefully map out the old streets of Paris. The aim was to create a 3-D rendering of Paris sound — based on one of the best maps of the day, the Turgot-Bretez Map of 1739.

But never mind the map. Just close your eyes. Listen to the “Sound of 18th Century Paris.” It’s easy to imagine you’re walking along the Seine, past shops of all kinds. Some sounds jump out at you, like a horse-pulled wagon crashing into a street cart in an 18th-century style fender-bender. Wander a little farther along, toward the famous Notre Dame bridge. There’s no Starbucks, but street makets, muddy alleys and a lot of pigs create a cacophony of sound.

Pardoen hopes you’ll hear cackling hens in the poultry market, flies buzzing around the fishmonger, the click and clack of typesetting at the print shop on Rue de Gesvres.

“For most of our history, we have used artifacts, architecture, pictures and words to create a vision of our past,” says Paris-based sound recordist Des Coulam. He’s fascinated with Pardoen’s creation, calling it “very clever and compelling.”

“It’s only in the last few seconds on our historical clock that we’ve been able to capture and archive sound so, sadly, most of our sonic heritage has passed by completely unrecorded,” Coulam adds.

Coulam points out that art and literature afford us only a glimpse of what our past might have sounded like. Take, for instance, what American writer John Sanderson described hearing when he arrived in Paris for the first time in July 1835:

All things of this Earth seek, at one time or another, repose — all but the noise of Paris. The waves of the sea are sometimes still, but the chaos of these streets is perpetual from generation to generation; it is the noise that never dies.

Like 18th-century Paris, modern Paris — with its 12 million residents, scores of cafes and busy Metro stops — is still a noisy place. The soundscape is a vital part of the city’s character, says Coulam, and something that’s important to preserve.

Coulam takes that responsibility seriously. He’s been recording street markets, fountains and cafes in and around Paris for years. Unlike Pardoen’s imagined soundscape, many of his 3,000 recordings inevitably include music blasting out of speakers, police sirens, metro stations and the cellphone ringtones that clutter 21st-century Paris. But it’s a never-ending assignment, he adds, because Paris is changing.

“Some of today’s sounds will disappear and new sounds will be created. I set out each day to document those changes,” Coulam explains.

On a recent outing during a car-free day on the Champs-Elysees, Coulam says he recorded the quiet sounds of a tiny fountain in a small garden called Jardin de la Nouvelle France. For a few minutes, on that particular day, with no noisy traffic to interfere, Coulam says the fountain sounded like it might have sounded in Paris 200 years ago.