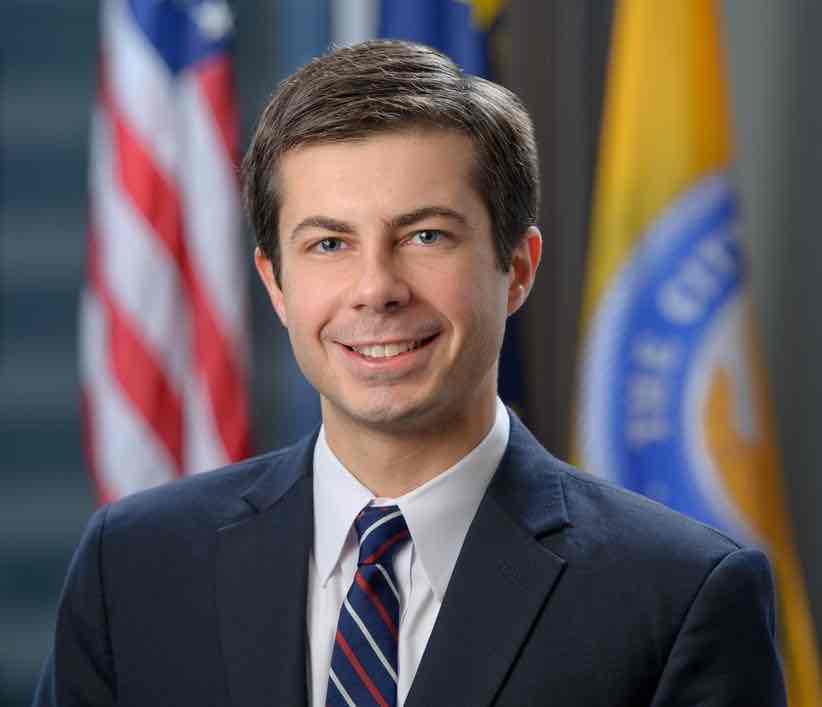 Pete Buttigieg, the openly gay mayor of South Bend, Indiana, is considering a run for chair of the Democratic National Committee.

A Harvard graduate, and military veteran who served two tours of duty in Afghanistan, Buttigieg came out in 2015 in an op-ed.

As the DNC race has continued in the wake of Donald Trump’s election, influential members of the Democratic Party began reaching out to Buttigieg, encouraging him to run.

On Thursday, former DNC Chair Howard Dean said on MSNBC that he met with Buttigieg on Wednesday and was impressed by him and resumé. 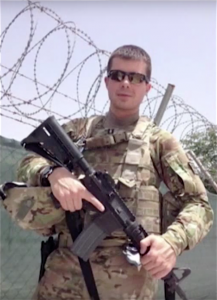 “I know that he’s taken phone calls from [DNC] members. I think he’s doing more listening than talking, primarily,” said a top Indiana Democrat. “My understanding is he’s listening and thinking about it.” […]

“I’ve been talking with a number of fellow local and state leaders from around the country about the future direction of the Democratic Party,” Buttigieg wrote Tuesday in an email to POLITICO, when asked if he is planning to run for DNC chair. “I am staying focused on South Bend, but I do care deeply about where our country is headed. It’s clear the party needs to connect better with communities like my hometown, where working people are looking for economic fairness and for leadership that focuses on our shared values.”

Buttigieg did not respond to followup questions about his interest but Democrats familiar with the mayor’s thinking say he’s received encouragement in and outside his state about running and is taking that support seriously. 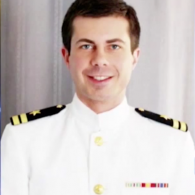 More on Buttigieg’s background from the IndyStar:

Harvard University-educated, a Rhodes Scholar and a U.S. Navy Reserve officer, Buttigieg became the youngest mayor of a U.S. city with more than 100,000 residents when he took office at age 30 in 2012.

Last year, he publicly announced he was gay in a newspaper op-ed following the firestorm over Indiana’s Religious Freedom Restoration Act and in advance of the U.S. Supreme Court ruling recognizing same-sex marriages. 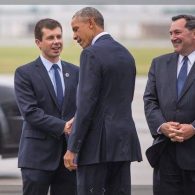 “He’s this guy in Indiana, right in the heart of where they say the Democratic Party struggles the most, but Mayor Pete Buttigieg is succeeding,” commented [St. Joseph County Democratic Party Chairman Jason] Critchlow.

Currently, Donna Brazile serves as the interim head of the Democratic National Committee. She took over the party when Florida Rep. Debbie Wasserman Schultz stepped down in July amid an e-mail hack, suggesting the DNC preferred Hillary Clinton as the presidential nominee.

Watch a news report on Buttigieg’s potential run for DNC chair, plus a video on his coming out in June of 2015, below.

You can also watch video of Buttigieg talking with reporters while deployed in Afghanistan, below.

And here’s a video of Buttigieg responding to Mike Pence’s stance on LGBT rights.