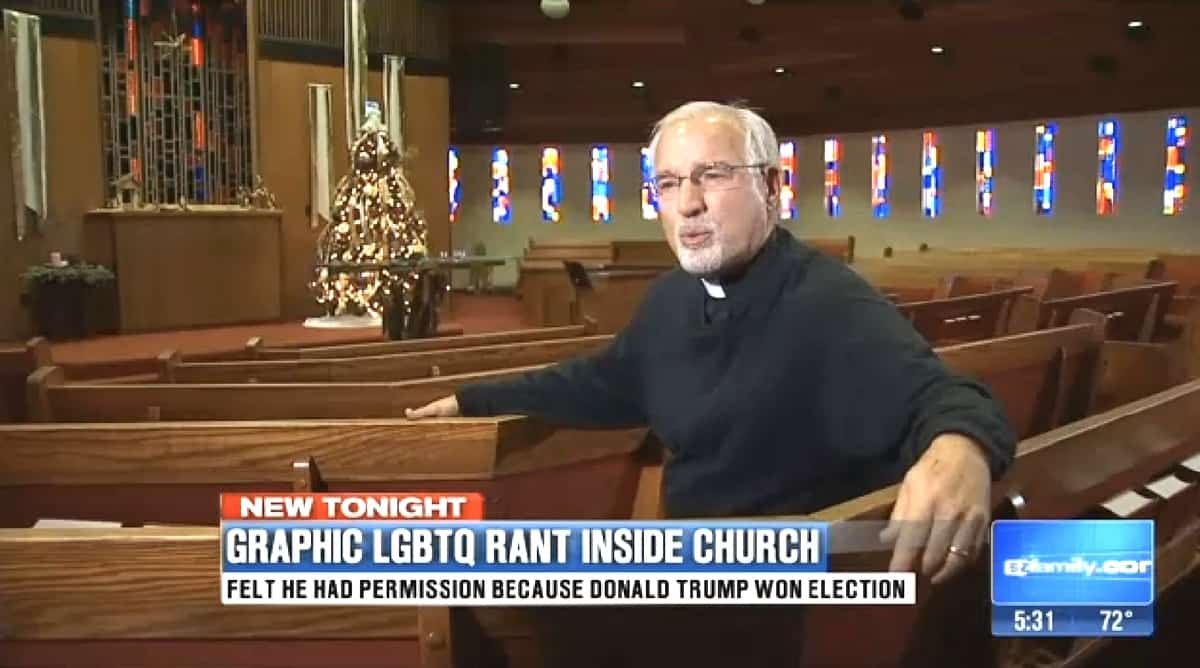 Pastor Doug Bland posted about the incident on Facebook:

Tempe police said the stranger saw the rainbow flag hanging outside the Community Christian Church on Wednesday and went inside the office to voice his disgust.

“It made me so angry and afraid for our country,” Pastor Doug Bland said.

Aside from the man voicing his hatred for the LGBT community, he threatened to pay people to protest outside the church and spread lies about pedophilia among the congregation.

“He said that if Hillary would have won he would have driven right on by the church without stopping, but because Trump won he felt he had permission to say and act the way he wanted to expressing the hate that he had for this particular group of people,” Bland said.

The pastor said his employee kept her composure and didn’t escalate the situation. The man eventually left without further incident.

The church has responded by hanging a new banner outside the church, next to its rainbow flag. The banner reads “Lovers in a Dangerous Time”.

“I think it’s a challenge to us to make sure we respond with love and with grace instead of responding hate for hate. No matter when we’re living there’s always going to be some kind of cloud hanging over us, conflict we have to face. Right now the division in our country over what does a real democracy look like and how can we be citizens together and move forward as a nation is sort of the cloud that we’re facing. This is a good opportunity for us to really practice what we preach. I hear it as this is really the heart of who we are, that the hate-filled language and acts are an exception to the rule.”