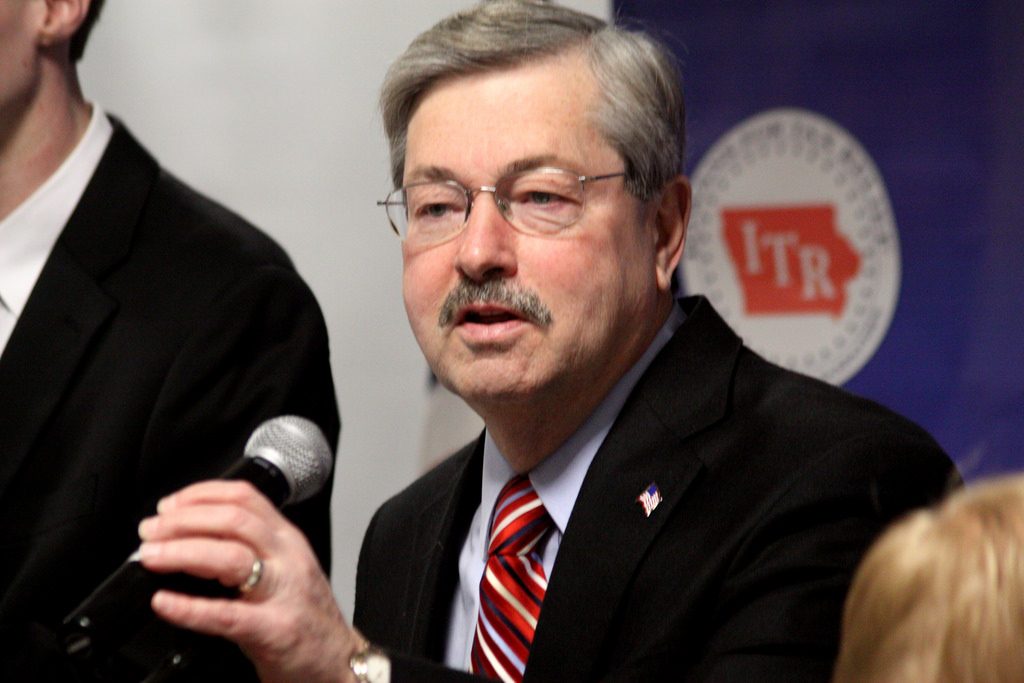 Branstad has extensive ties to China and a personal friendship with Chinese President Xi Jinping that dates back decades. If his nomination goes through, the move could help reassure China’s leadership that Trump understands the importance of healthy relations with Beijing. […]

Branstad, who remains a devout believer in so-called “traditional marriage”, was famously on the record in favor of banning same-sex marriage in The Hawkeye State after the state Supreme Court made it legal for same-sex couples to marry in 2009.

Branstad was also accused in 2012 of discriminating against a state commissioner because he is gay. Former Iowa Workers Compensation Commissioner Chris Godfrey sued Branstad in 2012, alleging that his sexuality motivated Branstad to ask him to resign and cut his pay after he refused.

Watch a report on Branstad’s appointment, along with comments from Branstad on why he supports a constitutional amendment to ban same-sex marriage.

Previous Post: « Paranormal Organization Claims Gay Men are Possessed by Female Ghosts
Next Post: Homophobic Preacher in Ghana Says He Can Increase the Size of Your ‘Manhood’ with Christian Massage – WATCH »