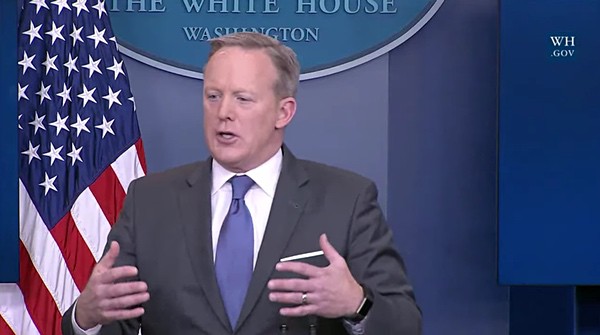 There are a number of rumors swirling that Donald Trump is planning to sign yet another discriminatory executive action – this time specifically targeting the LGBTQ community. While only the White House can speak to the veracity of the rumors, given the administration’s track record of championing discrimination in just the last week, HRC is preparing to fight this to the fullest.

“The rumors of an anti-LGBTQ executive action by President Trump are deeply troubling. We already know that he is willing to target and marginalize at-risk communities for his perceived political gain. As the President and his team plan their next steps, we want to make one thing clear: we won’t give one inch when it comes to defending equality, whether it is a full-on frontal assault or an attack under the guise of religion. Mike Pence should know that better than anyone given his track record in Indiana,” said JoDee Winterhof, the Human Rights Campaign’s Senior Vice President for Policy and Political Affairs. “The Human Rights Campaign will stand with those who have already been targeted by this Administration and are prepared to fight tooth and nail against every effort to discriminate.”

The rumor is that Trump intends to roll back an executive order put in place by President Obama which prohibited federal contractors from discriminating on the basis of sexual orientation, and perhaps go even further to allow a broader range of discrimination against LGBT people based on ‘religious freedom’.

Spicer responded to a question from Chris Johnson at the Washington Blade at today’s briefing.

“I’m not getting ahead of the executive orders that we may or may not issue. There’s a lot of executive orders, a lot of things the president has talked about and will continue to fulfill but we have nothing on that front now…”

Press Sec. Sean Spicer was asked about #religiousfreedom exec. order that would undermine #LGBT rt's & he did not answer .@HRC @JayBrownHRC pic.twitter.com/80s0m2AgYm

I'm told reliably there is a draft Executive order on LGBT issues including adoption. Details and timing unclear.

More: EO could allow fed employees to refuse to serve LGBT based on belief marriage is b/t man & woman or gender is immutable from birth