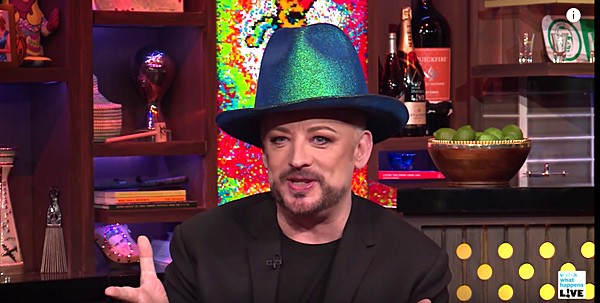 Boy George said that in the early days they were competitive if only because of a few similarities:

Later, the two were reported to be feuding over Michael’s hesitancy to come out of the closet. Boy George said everyone was doing it:

“It wasn’t really a feud. In the ’80s, everyone — Pete Burns, me, we all used to like, be really bitchy about each other. It’s like the thing that you did in the ’80s in those pop magazines. Now it’s the Housewives who do it! Nowadays it’s a bit more respectful but in the ’80s, you just said vile things about everyone.”

And he said Michael never allowed people to get too close to him, so he knew about as much about his “personal issues” as anyone else:

“I read stuff in the papers, obviously. But I never knew kind of really what…he was very kind of…kept people out, he was quite private.”