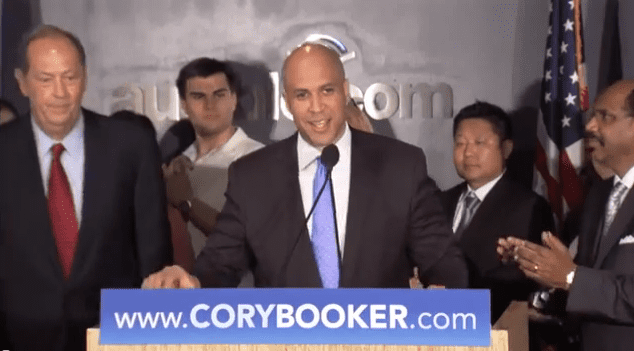 Senator Cory Booker (D-NJ) plans to testify against Attorney General nominee Senator Jeff Sessions (R-AL) at today’s confirmation hearing (Watch it LIVE HERE at 9:30 am ET), the first time in history a senator has testified against another sitting senator for a Cabinet post, according to CNN:

“I do not take lightly the decision to testify against a Senate colleague,” Booker said. “But the immense powers of the attorney general combined with the deeply troubling views of this nominee is a call to conscience.”

Sessions’ confirmation hearings, which begin Tuesday, are expected to raise additional questions on old allegations of racism from his past. When Sessions was a 39-year-old US attorney in Alabama, he was denied a federal judgeship because the Senate Judiciary Committee heard testimony during hearings in March and May 1986 that Sessions had made racist remarks and called the NAACP and ACLU “un-American.”

Booker called Sessions’ record “concerning in a number of ways,” citing his opposition to bipartisan criminal justice reform and immigration reform, criticism of the Voting Rights Act and his “failure to defend the civil rights of women, minorities, and LGBT Americans.”

If you need a reminder, Sessions has been a vocal opponent of marriage equality. He also grilled then Supreme Court nominee Elena Kagan on her opposition to ‘Don’t Ask, Don’t Tell during her senate confirmation hearings and said he would do crack cocaine at Sonia Sotomayor’s hearings. He also opposed the Matthew Shepard hate crimes act and supports the First Amendment Defense Act, the heinous bill that would allow businesses to cite religious beliefs as justification to discriminate against LGBT people. In 1996, as Alabama’s attorney general, Sessions fought tooth and nail to stop the Southeastern Lesbian, Gay, Bisexual College Conference from meeting at the University of Alabama but did not prevail.