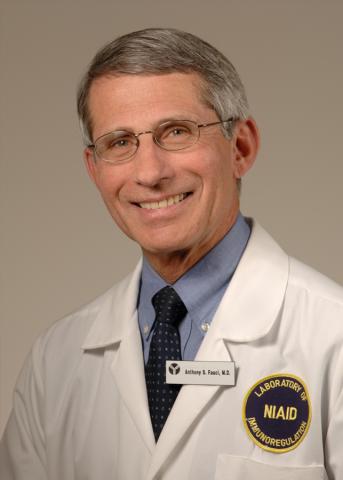 In the first of its kind, a large-scale trial of a long-acting injectable form of the HIV-prevention drug regimen PrEP was announced by the National Institutes of Health late last month. Distinct from the daily oral use pill marketed as Truvada, this form of pre-exposure prophylaxis is known as cabotegravir and is injected on an 8-week basis.

The drug was created with ease of use and certainty of up-to-date dosage in mind:

“We urgently need more HIV prevention tools that fit easily into people’s lives,” said Anthony S. Fauci, M.D. (pictured), director of the National Institute of Allergy and Infectious Diseases (NIAID), part of NIH. “Although daily oral Truvada clearly works for HIV prevention, taking a daily pill while feeling healthy can be difficult for some people. If proven effective, injectable cabotegravir has the potential to become an acceptable, discreet and convenient alternative for HIV prevention.”

In conjunction with ViiV Healthcare, Gilead Sciences, Inc., and the NIH-funded HIV Prevention Trials Network (HPTN), the Phase 3 clinical trial will involve 4,500 men and transgender women who engage in sex with men in eight countries at locations in the Americas, Asia and Africa. Final results are not expected until 2021. A similar study to begin later this year will include at-risk young women in sub-Saharan Africa.

Expanding access to PreP remains a challenge and a goal. Exploring alternative forms of its delivery would contribute to that end, so it is encouraging to hear of this high-profile development in that area.