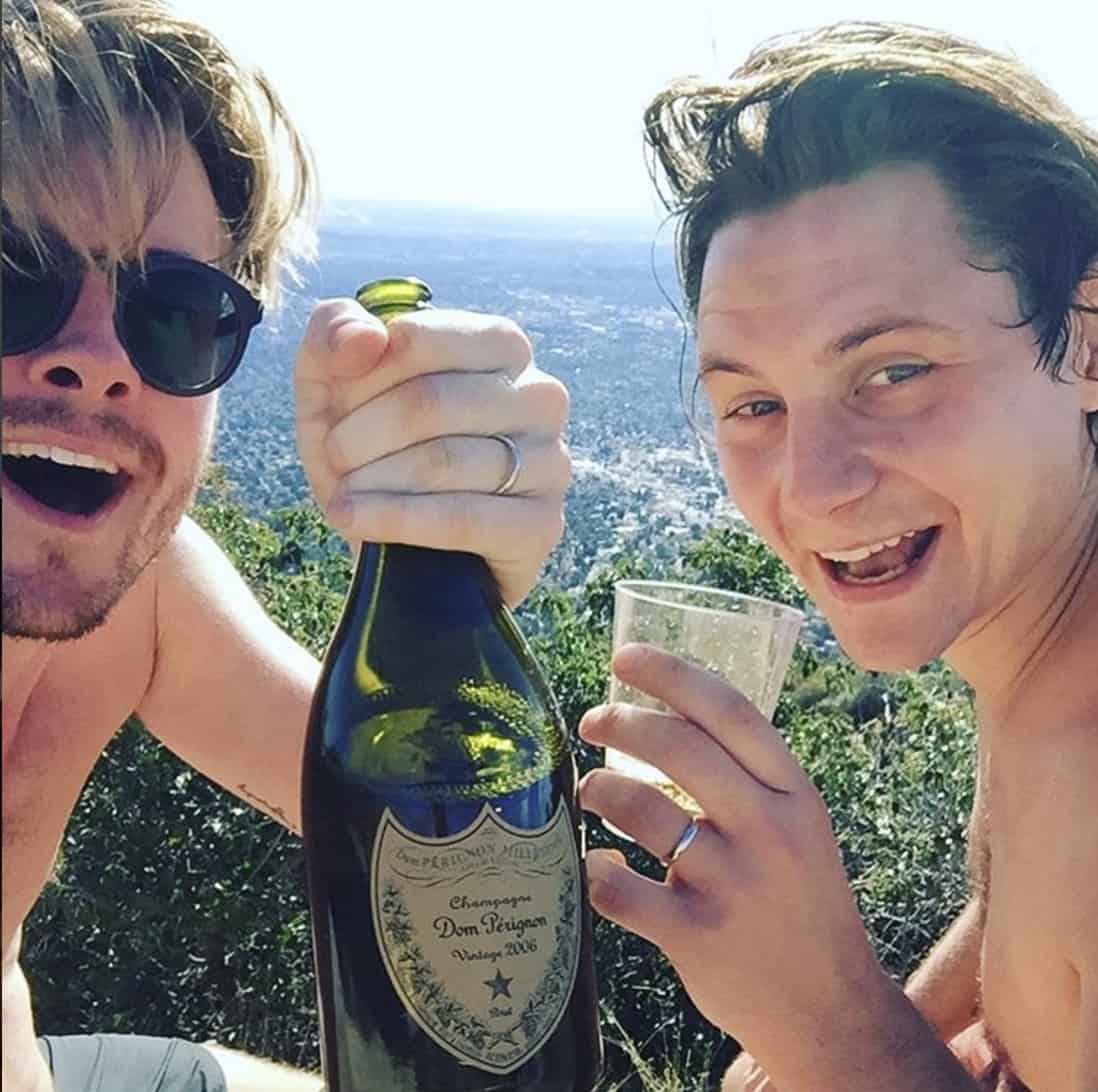 Jeffery Self, the writer and actor (30 Rock, Desperate Housewives, Shameless) who has made a name for himself with a Facebook Live talk show streamed from his bed in L.A., got engaged to his partner Augie on Sunday, and it was a complete surprise.

So. Today. Augie and I went on the hike we did on our first real date and I bitched and moaned pretty much the whole two hours because I hate moving, as well as standing for that matter. Then. We got to the top and we took out the oranges he’d packed to snack on.

Then I realized he was on a knee and then you can guess the rest. I shouted FUCK NO/Jumped off the mountain/and I’m now a ghost. Jk. I was overwhelmed, said duh, and then he handed me his orange to retrieve his matching ring. That is not a sexy euphemism. And just like that… I’m engaged to my best friend. Then as if this forced exercise turned romance weren’t great enough he pulls out a ten year old bottle of Dom and motherfucking CHEESE and we toast to the future.

And that was today. On Golden Globes Sunday no less and I’m rooting for you Annette and if you lose I call this off (not really/ it’s probably Emma’s year/ugh). Anyways. Apologies for my most self indulgent post in awhile and from the guy who hosts a Facebook live talk show from his bed, that’s quite a statement… but I’m happy and that’s aggressively rare.