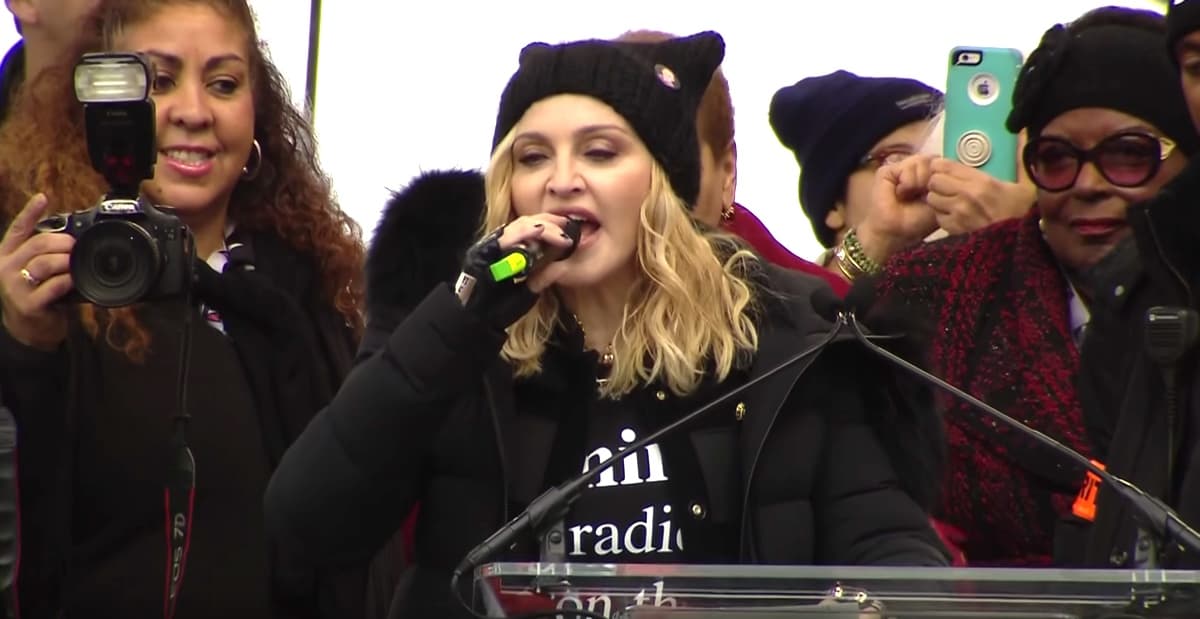 While Reince Priebus and Kellyanne Conway were litigating the Trump team’s “alternative facts” on the morning show’s yesterday, they also criticized the Women’s March, which had three times more people than the inauguration.

One celebrity they addressed directly was Madonna, who made a reference to “blowing up the White House” along with several F bombs during her speech.

Yes, I’m angry. Yes, I am outraged. Yes, I have thought an awful lot about blowing up the White House, but I know that this won’t change anything. We cannot fall into despair. As the poet WH Auden once wrote on the eve of World war II, ‘we must love one another or die.’ I choose love.”

The NY Post reports on Priebus and Conway’s faux outrage:

“One of the singers said she wanted to blow up the White House. I mean, can you imagine saying that about President Obama,” White House Chief of Staff Reince Priebus told “Fox News Sunday.”

Kellyanne Conway, a senior White House aide, said Madonna should have spent her day giving some of her “hundreds of millions” to a women’s shelter instead of making “profanity-laced insults.”

“This is destructive,” Conway told ABC’s “This Week.” I read in an article or two that the Secret Service may be investigating that.”

The place Conway may have read it was The Gateway Pundit, a right wing rag notorious for dredging up fake news stories and no doubt eager to push this one.

Yesterday’s Rally. was an amazing and beautiful experience. I came and performed Express Yourself and thats exactly what i did. However I want to clarify some very important things. I am not a violent person, I do not promote violence and it’s important people hear and understand my speech in it’s entirety rather than one phrase taken wildly out of context.

My speech began with ” I want to start a revolution of love.” ♥️ I then go on to take this opportunity to encourage women and all marginalized people to not fall into despair but rather to come together and use it as a starting point for unity and to create positive change in the world.

I spoke in metaphor and I shared two ways of looking at things — one was to be hopeful, and one was to feel anger and outrage, which I have personally felt. However, I know that acting out of anger doesn’t solve anything. And the only way to change things for the better is to do it with love.