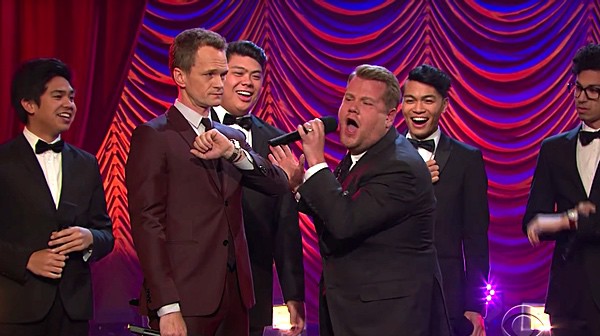 Neil Patrick Harris had a score to settle with James Corden over hosting the Tony Awards, so he showed up to The Late Late Show for a duel: a Broadway musical “riff-off” involving a whole bunch of everyone’s favorite classics along with a few F-bombs and unintentional giggles.

Guys and Dolls, Gypsy, Company, Les Miserables, Chicago, Hamilton, and of course, Hedwig and the Angry Inch get the treatment from the musical theatre superfans.

Says Harris, in the clip’s funniest moment: “Being a Broadway star isn’t all about being pretty is it? It’s also about being sexy.”