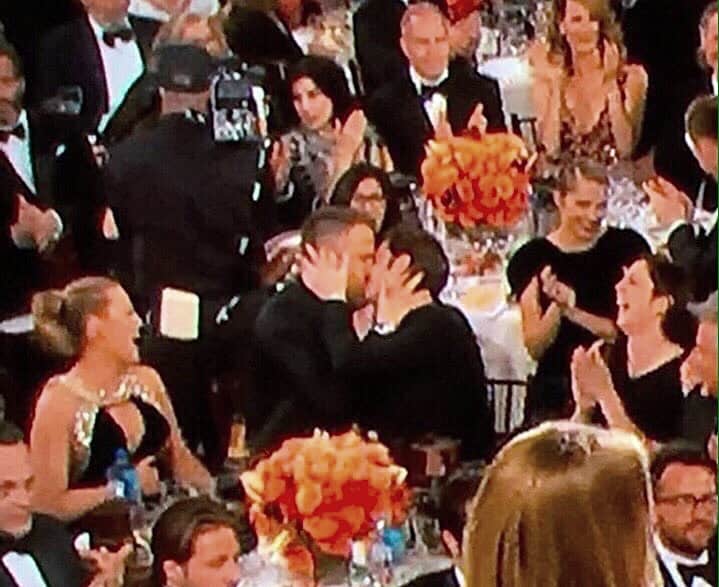 Ryan Gosling snatched the Best Actor in a Musical or Comedy out from under Ryan Reynolds, but Reynolds had a consolation prize waiting in the seat next to him: Andrew Garfield.

In a moment that lit up Deadpool/Spider-man slash fiction sites everywhere, Reynolds and Garfield locked lips in a kiss that was captured in the background of a camera shot as Gosling took the stage.