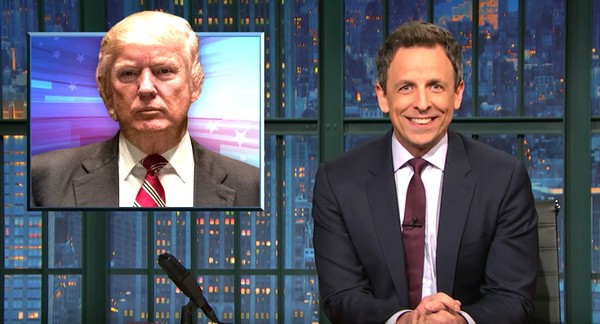 Seth Meyers took a closer look at the inauguration of Donald Trump last night, noting that Trump has already decided on “Keep America Great” as the slogan for his 2020 reelection campaign.

Meyers suggested that “Get Me My Lawyer” might be a much more appropriate slogan.

“The most exciting thing about tomorrow’s inauguration is this: the moment Trump takes his hand off that Bible tomorrow he may very well be in violation of the Constitution. That’s because he has not divested from his company or put his holdings in a blind trust. Even the chief ethics lawyer for George W. Bush has said as much.”