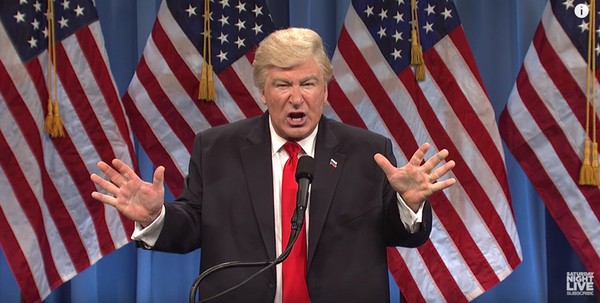 Donald Trump’s press conference earlier this week was so insane it was essentially a preview for what we knew would arrive on SNL last night. And it did.

“I’d like to start by answering the question that’s on everyone’s mind. Yes, this is real life. This is really happening. On January 20, I, Donald J Trump, will become the 45th president of the United States. And then two months later, Mike Pence will become the 46th.”

The press conference soon turned to the Russian dossier and Trump’s fondness for golden showers:

“I am not talking about the pee pee. Because it didn’t happen. And it wasn’t as cool as it sounds. Next question….I do not want talk about the pee pee. I want to talk about what is really important which is jobs because I’m going to bring back a thick stream of jobs back in this country. The biggest strongest steadiest stream you’ve ever seen. This country will literally be showered with jobs. Because I’m a major wiz at jobs. And this’ll be a golden opportunity for me as president to make a big splash. I know you’re in. How bout you? Urine? Urine? Urine? Urine?”

The sketch then moved on to Trump’s business conflicts of interest, his two sons Beavis and Butthead:

“Look at those two American psychos!” 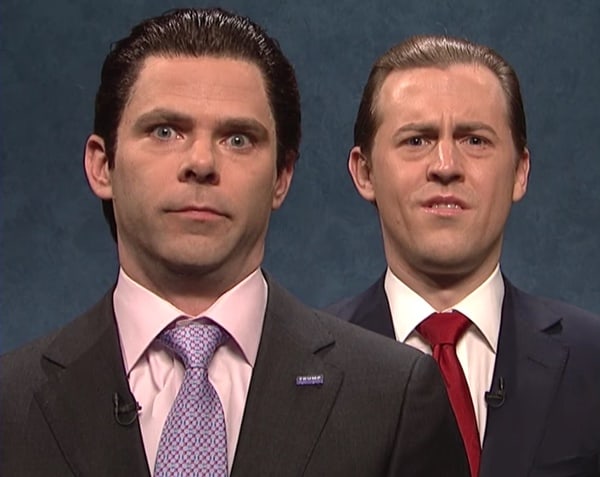 And the fake prop table which he used to try and claim his conflicts of interest have been solved.

“This right here is all the papers that prove that Mr. Trump is really divesting. I mean, look at all these papers. If he wasn’t divesting how could there be so many damn papers? There’s papers here. There’s papers here. It’s like help, help, lifeguard, I’m practically drowning in papers! Still don’t believe me? I’ll read every paper out loud right now, starting with this one. Oh, that’s right. They’re fake.” 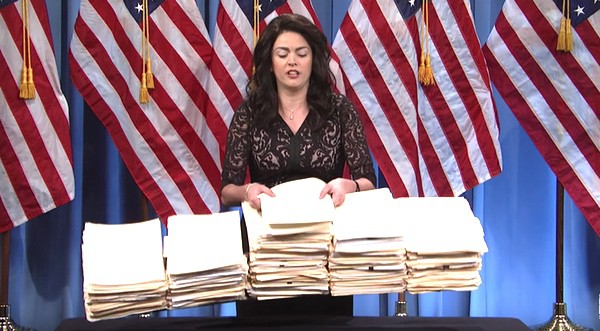