Sen. John McCain statement — responding to President Trump's tweet saying McCain should not be talking about success/failure of missions pic.twitter.com/z4WKnFQTzd

AARON TAYLOR-JOHNSON. Nocturnal Animals actor has no Oscar nomination but does look great without a shirt.

Here's federal ethics law many are pointing to pic.twitter.com/cAEARzsFFM

NEW ZEALAND. Gay men convicted of homosexuality more than 30 years ago to have records cleared: “Justice Minister Amy Adams on Thursday announced a scheme to wipe clean the criminal records of people convicted of indecency, sodomy or providing a place for homosexual acts. She apologized to those who’d been convicted but said they would not receive any compensation.” 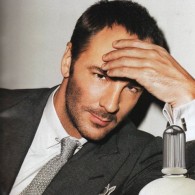 SHAMEFUL 76. Countries around the world that make being LGBT illegal.

I’VE ADOPTED. Madonna confirms she has new twins: “I can officially confirm I have completed the process of adopting twin sisters from Malawi and am overjoyed that they are now part of our family. I am deeply grateful to all those in Malawi who helped make this possible, and I ask the media please to respect our privacy during this transitional time. 🙏🏻 Thank you also to my friends, family and my very large team for all your support and Love!” 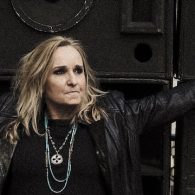 UNEDUCATED, UNREGULATED. Melissa Etheridge voices her concerns about Trump: “At least Mike Pence, even if he’s against my lifestyle and he’s very conservative, he at least had a certain… to the social conservatives there was at least a sense of… following the rules.”

EPIPHANY. Rich Juzwiak went to a sex party and discovered something about himself.

JUSTIN BIEBER. The singer has returned to Instagram and is on a shirtless posting spree.

LONDON. A new gay club is opening: “The owner of east London’s East Bloc, Wayne Shires, is set to open sister venue Bloc South in Vauxhall over the coming weeks, in a welcome boost to the health of LGBT nightlife in the capital. The 300-person capacity venue, which will be open seven days a week, is set to take over the premises left by the closure of Club 65 in August last year.”