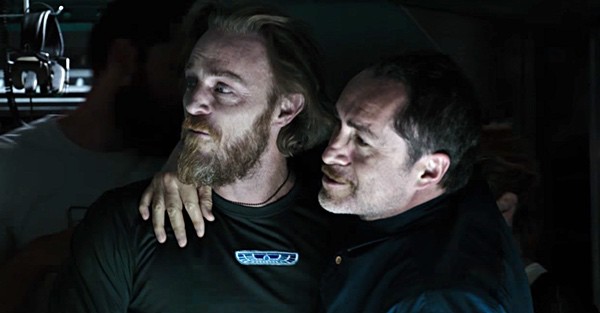 The next Ridley Scott Alien film, Alien: Covenant, premieres on May 19, and the 20th Century Fox debuted a five-minute prologue to the film last night introducing the crew which includes James Franco, Billy Crudup, and Michael Fassbender.

Also on board the Covenant, a colonization ship on its way to a remote planet to form a new human settlement, is the franchise’s first gay couple (played by Nathaniel Dean and Demián Bichir), and they’re shown here playfully arm-wrestling and sharing a quick kiss while cavorting with the crew.

Previous Post: « Voters Trust the Media and Courts Over Trump by a Wide Margin: POLL
Next Post: Kellyanne Conway Denies She’s Been Sidelined by Trump: VIDEO »