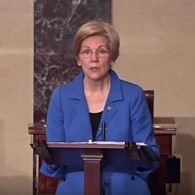 FLOWERS FOR ELIZABETH. Elizabeth Warren got a nice Valentine’s Day gift earlier this week: “Tracy Morgan, a psychoanalyst in New York, was watching television last week when Senator Elizabeth Warren of Massachusetts was silenced during the final debate over Senator Jeff Sessions’ confirmation as attorney general….So, in a show of support, Morgan decided to send Warren flowers for Valentine’s Day…She posted her intentions on Facebook, and several people cosigned on the idea, prompting a friend to suggest crowdfunding the idea…The site raised $1,595 from 61 people in three days..” 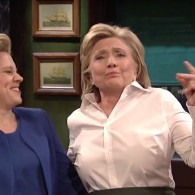 SEX AND THE CITY. Miranda and Carrie had a reunion.

ISTANBUL. Rescue of puppy from well after 10 days rivets Turks. 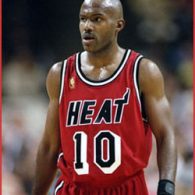 TIM HARDAWAY. From pariah to LGBT advocate: “When I said what I said … I still cringe at it when I think about it, and still hurts me deep inside that I said something like that because I gave people an opportunity to hurt people,” the Chicago native said in a recent phone interview. “That wasn’t right … each and every day when I talk to kids today and they bring it up to me or somebody brings it up to me, I say that was a very big mistake on my part. It hurts me to this day, what I said, and you know what? It’s going to hurt me for the rest of my life, because I’m not that type of person. I feel bad about it and I’m always going to feel bad about it.”

UNIVERSITY OF MARY WASHINGTON. Swastika note threatening gays found on campus. “UMW president Troy Paino released a video statement Thursday evening condemning the flier and ensuring the community that the school is doing everything in its power to investigate.”

LAS VEGAS. Two men hit intentionally by vehicle in gay bar parking lot: “Police say that they believe that the men were involved in an altercation inside the bar before they were struck in the parking lot.” 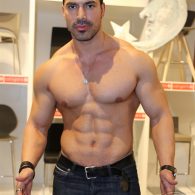 DON’T FALL FOR IT. The gay friend argument: “The false notion that bigotry is magically cured by passing acquaintance with a member of a marginalized community is often referred to as the “friend argument.” Hypothetically, let’s say that a co-worker gets called out for having bigoted beliefs — like that Asians are bad drivers or that gay men are inherently promiscuous. After having his viewpoints criticized, the individual might claim, “I can’t be racist; I have Asian friends,” or “I’m not a bigot; my brother is gay!” It’s a fallacy, but a surprisingly effective one: A 2016 study published in the Social Psychological and Personality Science journal showed that when a person is viewed as having a more diverse friend group, others are less likely to view their actions as motivated by bias toward minorities.

FACEBOOK. Mark Zuckerberg has global ambitions and you can read about them here.

ADAM LAMBERT AND SAM SMITH? Were they romantic?

GLUTEN FREE? Man promises to eat a picture of Jason Segel every day.