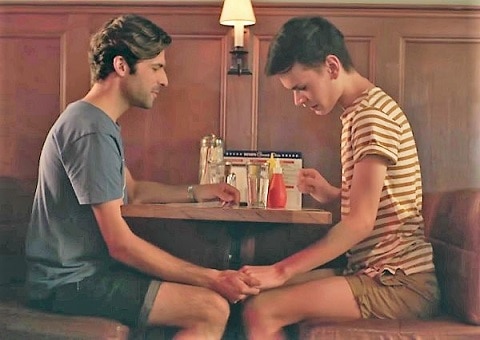 A new advert for Australian bank ANZ is urging LGBT couple to hold hands during difficult times with its #HoldTight campaign.

The ad opens with a series shots of hands reaching for each other, then reveals that the couples are all LGBT.

Each couple faces a moment — a dirty look on the bus, a glance at a restaurant — that makes them let go, until the last couple thinks about dropping each others’ hands but then tightens their grip and keeps walking.

“When you feel like letting go, #HoldTight,” the ad reads as the featured couples grab hands again.

Previous Post: « Tennessee Lawmakers Filing Anti-Gay Marriage Bill Booed And Chased From Press Conference: WATCH
Next Post: Chris Wallace Rips Reince Priebus Over Trump’s Attacks on Media: ‘You Don’t Get to Tell Us What to Do’ – WATCH »