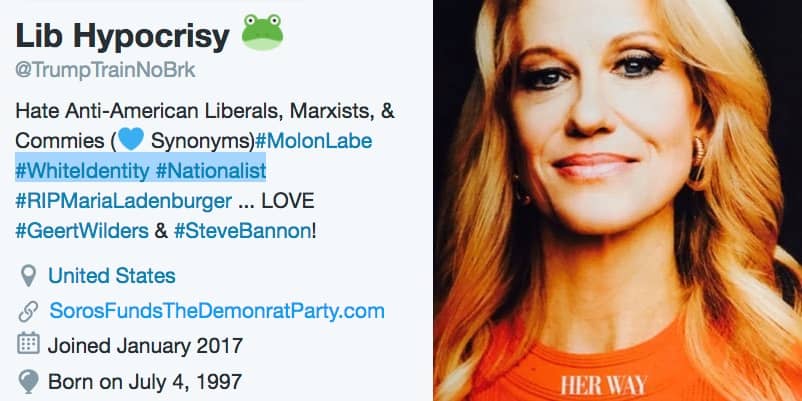 Kellyanne Conway retweeted a white nationalist on Tuesday morning shortly after Matt Lauer told her that her Mike Flynn explanation “made no sense” but claims that somebody else must have been in control of her Twitter account.

Kellyanne Conway wasn’t really feeling the love Tuesday morning, after Today host Matt Lauer said her responses made no sense when she appeared to dodge his repeated questions about Gen. Mike Flynn’s resignation as the National Security Adviser.

So when Twitter user, Lib Hypocrisy, complimented her for her “strength and resiliency in face of vile hatred, bigotry, & sexism of the unhinged Left,” and said “Love you!” Conway responded gratefully.

Conway not only retweeted Lib Hypocrisy’s tweet, but also told the Twitter user, “Love you back” and wished her “Hapless Haters” a happy Valentine’s Day.

“I don’t know who had access to my account….Let me see who tweeted that…That’s terrible…I denounce whoever it is…It will be immediately deleted. Everybody makes mistakes.”

Everybody except Hillary Clinton, right?