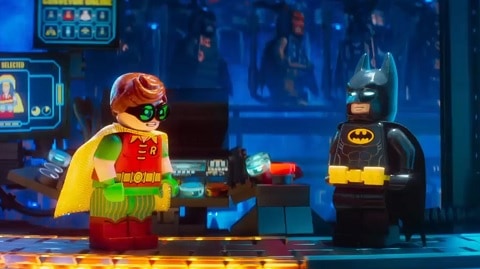 The leader of Canadian anti-gay activist group Voice of the Family has warned his followers that the LEGO Batman movie is pushing a “gay agenda.” 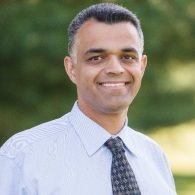 Writing on LifeSite – the “pro-family” website of which he is co-founder and editor-in-chief – John-Henry Westen (right) notes that the film is “chock full of pro-gay propaganda.”

“Think the sexual innuendo of the Flintstones minus the real humor. It seemed the creators were so anxious to subtly indoctrinate the little ones into the gender ideology that making it humorous came as a distant second thought.”

Westen then quotes at length a review of the film by Michael Hamilton (Dick’s Two Dads and a Bromance: The New ‘LEGO Batman Movie’) which focuses on the “gay adoption” of Dick Grayson.

LEGO Batman could do a lot worse as a kids’ movie. The writers could have clumsily stacked topics such as gender identity, gender roles, and gender neutrality all over the story board like so many LEGOs. Instead, these topics hide in plain sight, because they are the foundation. Few parents and fewer kids will question any of it, because there’s a way to interpret all of it as technically innocent. That’s what makes these messages subliminal (and potentially powerful). LEGO Batman makes them seem plain as vanilla and American as apple pie.

For example, two men adopting a son together sounds like a dream come true to Richard, the orphan Bruce Wayne adopts without telling him he’s Batman. That’s why, when Richard hesitates to board a bat vehicle without Bruce-Dad’s permission, Batman tells him he and Bruce-Dad share custody of him. Richard doesn’t need Bruce-Dad’s permission; he has Bat-Dad’s!

This solution thrills Richard, who unblinkingly climbs aboard (and later becomes Robin). The bubbly young man is tickled as he spells it out for viewers: Yesterday he didn’t have a dad, and now he has two dads! Viewers may laugh, because they know it’s a farce: Bruce-Dad and Bat-Dad are one. Richard doesn’t learn the truth until the end, when Bat-Dad pulls off his mask to reveal Bruce-Dad’s face and tells Richard to call him “Dads.” Funny, right?

However, writing for The Mary Sue, Vivian Kane points out that “the audience is at no point supposed to believe that Bruce Wayne and Batman adopted Robin together…but Dick does, and he repeatedly, casually refer to his ‘two dads,’ without it ever feeling like a joke at the expense of gay relationships.”

Kane also considers the bromance in the film between Batman and the Joker and the threatening notion that “two presumably straight men can have a complex relationship, without the homophobic jokes usually trotted out to make it clear they’re no hint of attraction between the two.”

Watch a trailer for the movie below.