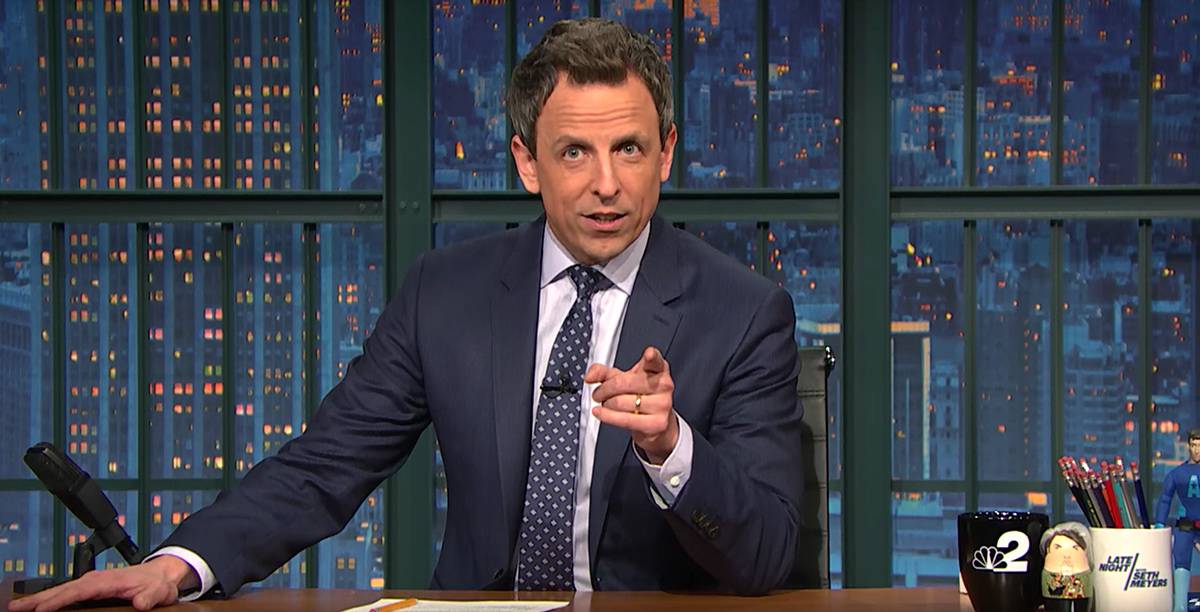 Seth Meyers came out swinging at Donald Trump last night for pulling Obama-era guidelines instructing schools to allow transgender students to use the bathroom in accordance with their gender identity.

“Hey! What are you doing? As I understand it, you were elected to bring jobs back to the U.S. Now you don’t want to let transgender kids use the bathroom of the gender they identify with? Do you think that’s why the auto industry went to Mexico? For the bathrooms? First you demonize Muslims, then immigrants, and now the transgender community. Hey, just because you want to bring back coal mining doesn’t mean you have to bring back everything from the 1800s.”

“And hey! During the election, you told the LGBT community that — and I quote — ‘I will fight for you.’ Did you not mean to include the word ‘for’? There’s apparently this fear that transgender kids are using [these rights] as a ruse to sneak into restrooms and grab people by the genitals, but if you’re looking for the kind of person who would do that, you need to look no further than the Oval Office.”

“Melania, I know you wanted to work on an anti-bullying campaign, and now I know where you can start!”

Previous Post: « Stephen Colbert Opens ‘The Late Show’ with a Big ‘F You’ to Trump from Bathroom Signs: WATCH
Next Post: Warning! The LEGO Batman Movie is Propaganda Pushing a ‘Gay Agenda’: WATCH »