Philip Bilden, Trump’s nominee for Navy Secretary, has pulled after being unable to remove financial conflicts of interest in the vetting process, Politico reports: 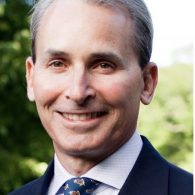 “Mr. Philip Bilden has informed me that he has come to the difficult decision to withdraw from consideration to be secretary of the Navy,” Defense Secretary Jim Mattis said in a statement. “This was a personal decision driven by privacy concerns and significant challenges he faced in separating himself from his business interests.”

It’s a sad pattern for the Trump administration:

Yet like billionaire investment banker Vincent Viola, who withdrew his nomination to be secretary of the Army earlier this month, Bilden ran into too many challenges during a review by the Office of Government Ethics to avoid potential conflicts of interest, according to sources familiar with the decision.