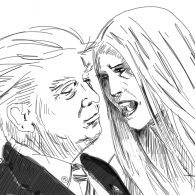 NORDSTROM. Trump attacks retailer for treating his daughter’s company unfairly: “There are all sorts of areas for concern about conflict of interest and self-dealing between Trump’s public duties and his family’s business interests. But this is the first time during his presidency that Trump has actually scolded a company for failing to do business with his family. You can expect to see this thrown back in Trump’s face the next time he pulls his Corporate Avenger bit — exactly whose interests is he looking out for when he slaps around corporate America?” 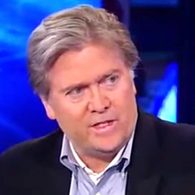 BANNON VS POPE FRANCIS. Trump’s chief advisor wants to bring down the Vatican: “Just as Mr. Bannon has connected with far-right parties threatening to topple governments throughout Western Europe, he has also made common cause with elements in the Roman Catholic Church who oppose the direction Francis is taking them. Many share Mr. Bannon’s suspicion of Pope Francis as a dangerously misguided, and probably socialist, pontiff.” 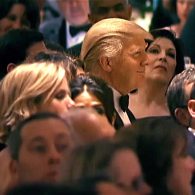 NERD PROM. Trump’s war with press is affecting White House Correspondents Dinner: “President Trump is expected to attend the April 29 event at the Washington Hilton. But others are bailing on the festivities this year. Sources tell THR the casts of the D.C.-set House of Cards, Veep and Scandal likely will not attend (all have had a presence during the Obama years), while the WHCA has yet to secure a comedian headliner, as is customary by February. Many media organizations are waffling on their usual plans for the weekend.” 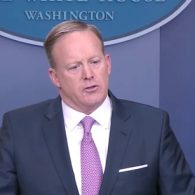 UNHAPPY SPICE. Trump disappointed with Sean Spicer’s performance, searches for someone new: “A longtime Republican operative, Spicer is a close ally of White House chief of staff Reince Priebus. According to the source close to the hiring process, Trump is upset with Priebus over the selection of Spicer for arguably the administration’s most visible position, next to the President.”

FORTUNE. Why gay men should talk about their partners at work.

DEATHS. Battlestar Galactica star Richard Hatch dead at 71: “His death was confirmed by his son, Paul, who said in a statement that Mr. Hatch had pancreatic cancer and died in Los Angeles.”

AILING. Charlie Rose to undergo heart surgery. “I can’t wait to be back completely rested with my heart recharged, my passion for the work ahead purposeful and my joy at life’s pleasures high.”

MILO VENTIMIGLIA. Actor surprises fan watching This Is Us at home. 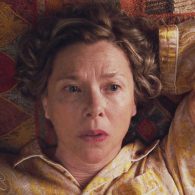 ANNETTE BENING. Actress talks about her transgender son Stephen Ira: “I’m super proud of him,” she says. “I leave it to him to say what he wants about his life. I don’t think it’s fair for me to speak for any of my kids, quite frankly. Not that I wouldn’t like to, ha!” she laughs.

HARASSED. Sid Luft’s posthumous book claims Judy Garland was sexually harassed by munchkins. “The men were 40 or more years old. They thought they could get away with anything because they were so small.”

Previous Post: « Donald Trump Asks for ‘Easy D’ and Twitter Lets Him Have It
Next Post: NEW MUSIC: Jens Lekman, Missy Elliott, The Cranberries, All Tvvins »