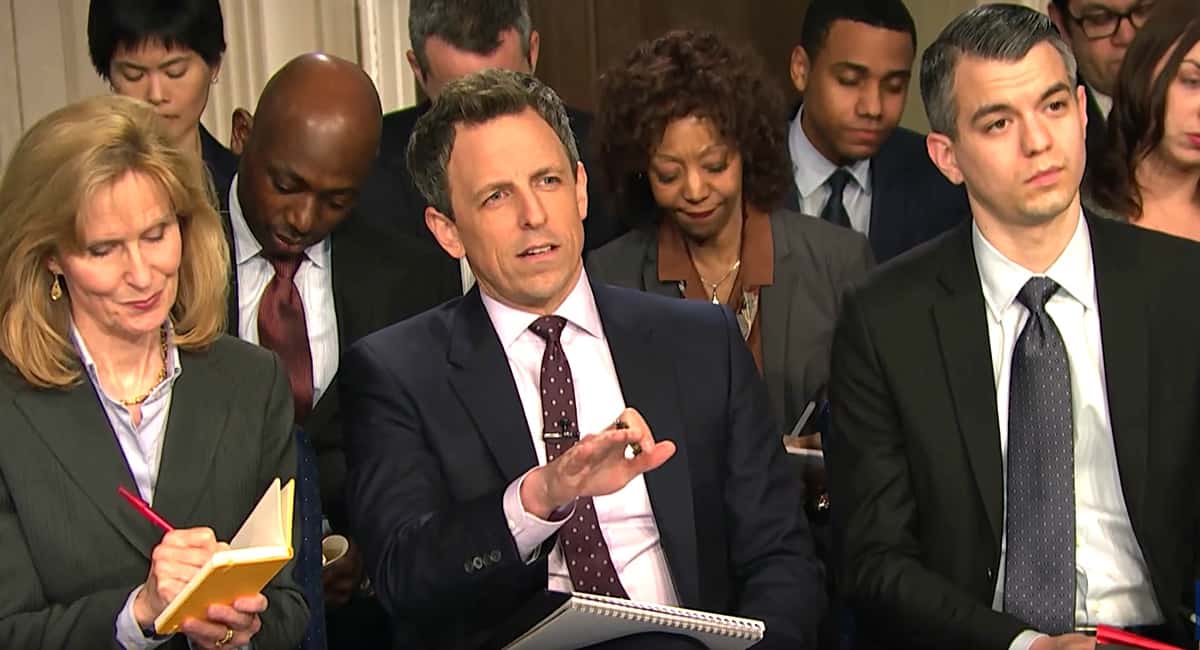 Seth Meyers managed to get Donald Trump’s attention at his recent press conference, and ask a few questions that have been on everyone’s mind.

Included in Meyers queries to Trump are what he’s been up to lately, what he’s hoping for once Melania moves into the White House, how most Americans are handling his presidency, what his favorite part of being president is so far, when his inevitable total meltdown will begin, if he visited the Frederick Douglass exhibit at the African-American History Museum, if his son Eric will play an important role in his administration, his knowledge of nuclear weapons, why Chris Christie is so sad, if there was ever a time in his life when he’s been sad, and the ultimate ask — how’s your penis?