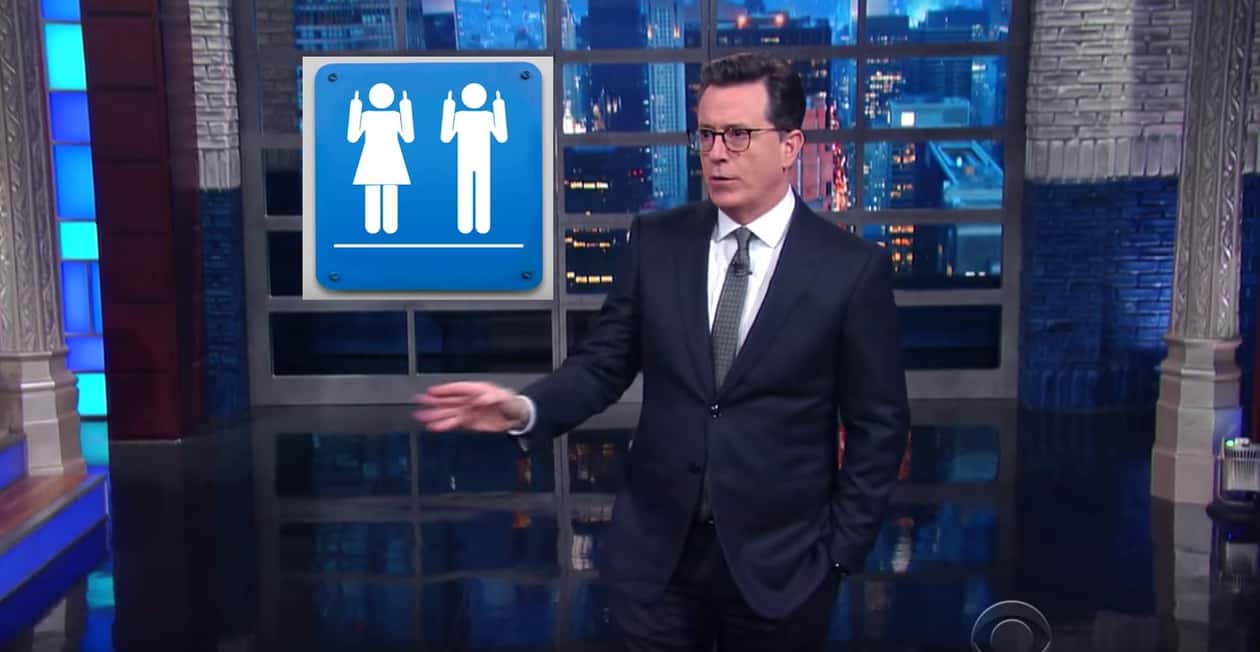 Stephen Colbert opened The Late show with an animated message responding to the Trump administration’s action against transgender students.

Colbert began his monologue talking about yesterday’s events at CPAC, where Steve Bannon and Reince Priebus came on stage and pretended to like one another.

He then moved on to Trump’s anti-trans action against students, and took the opportunity to take a jab at the president’s fondness for golden showers:

“We should have seen this coming, because if there’s one thing Trump is famous for, it’s telling people where to pee.”

Colbert then pointed out that Trump seemed to be cool with allowing transgender people to use whichever bathroom they wanted, and said that he’d be okay with Caitlyn Jenner using any bathroom she wanted in Trump Tower.

Quipped Colbert: “Which is good because I’m guessing right now a lot of trans people would want to take a dump in Trump’s lobby.”