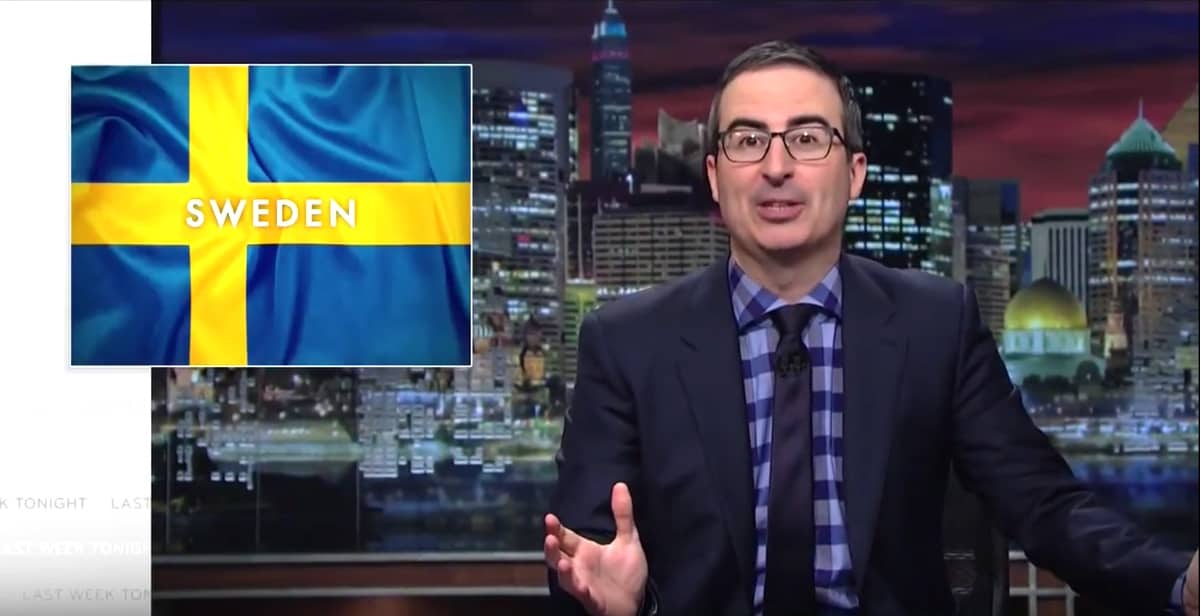 “We begin this evening with President Trump: two words that will always sound unnatural together, like ‘f**kable clown’ or ‘Wolf Blitzer,’ and the reason we have to start with him is Trump dominates the news cycle the way a fart dominates the interior of a Volkswagen Beetle: there is simply no escape from him.”

He then turned to the fake terrorist attack in Sweden invented by Donald Trump at his ‘Reset Rally’ on Saturday in Melbourne, Florida.

“Well, it turns out there was no terror attack. And look, just a quick message to all other countries on earth: in the future, you are going to find yourselves wanting to ask ‘what is your president talking about’ a great deal, and the answer is always going to be, ‘we have no fucking idea.'”

Oliver then explained how journalists are now trying to make sense of Trump’s alternative facts:

“Trump has since admitted his comment was in reference to a story that was broadcast on Fox News the night before concerning immigrants and Sweden, so sifting through Trump’s brain to see why he said something is now like examining a shark’s stomach to see what it ate.”

Said Oliver: “It’s a bit weird. You’ve been objectively nicer to Vladimir Putin than you have to Meryl Streep.”