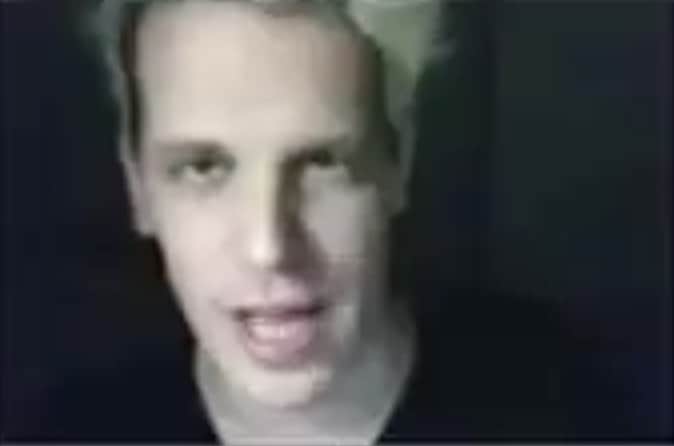 White supremacist homocon troll Milo Yiannopoulos, who was told “f**k yourself” by Larry Wilmore on Friday night and named a CPAC speaker on Saturday, defends men who enjoy sex with 13-year-old boys in a resurfaced podcast.

The clip was posted by a group called The Reagan Battalion.

Says Yiannopoulos in the clip:

In the homosexual world particularly, some of those relationships between younger boys and older men the sort of coming of age relationships relationships in which those older men have helped those young boys to discover who they are and give them security and safety and provide them with love and a reliable — and sort of a rock where they can’t speak to their parents…

Yiannopoulos also makes the claim (one that he has repeated in other interviews) that the reason he is so great at giving oral sex is thanks to his priest: “And do you know what? I’m grateful for Father Michael. I wouldn’t give nearly such good head if it wasn’t for him.”

I do not support pedophilia. Period. It is a vile and disgusting crime, perhaps the very worst. There are selectively edited videos doing the rounds, as part of a co-ordinated effort to discredit me from establishment Republicans, that suggest I am soft on the subject.

If it somehow comes across (through my own sloppy phrasing or through deceptive editing) that I meant any of the ugly things alleged, let me set the record straight: I am completely disgusted by the abuse of children.

Yiannopoulos’s appearance at CPAC was first reported by The Hollywood Reporter:

None of the 60 or so confirmed speakers, though, will have more stage time than Yianoppoulos at this year’s event, which is set to run Feb. 22-25 at the Gaylord National Resort & Convention Center outside of Washington, D.C. The speeches will be broadcast live on C-SPAN.

Some reaction to Yiannopoulos’s defense of sex with underage boys:

When a gay GOP group presented at CPAC a few years ago, @Heritage backed out as sponsor. So far, they have no problem with Milo. Priorities.

Friend of mine, conservative, could not be more distraught by this Milo tape. Was molested as a child. Horrified.

My friend, a survivor of sex trafficking: "Milo straight up defended abusing 13 yr old boys…Please don't let that be normalized"

How on earth can CPAC defend this?

Was planning on ignoring for the most part, for those saying "stop publicizing him." But friend reached out & pled w me to say something

Preying on children is the definition of evil. Justifying it in any way is sick and disturbing.

Has everyone lost their minds?

Yes the Milo/CPAC story is bad. Meanwhile, the president of the United States has confessed on tape to serial sexual assault https://t.co/5V2ZQUXgS5

As the Milo CPAC scandal spreads, remember that just a decade ago there was a child molester serving as Speaker of the House.

Previous Post: « John McCain Blasts Trump’s Attacks on the Media: ‘That’s How Dictators Get Started’ – WATCH
Next Post: John Oliver on Trump’s Swedish Terrorist Attack: ‘We Have No F***ing Idea’ What He’s Talking About – WATCH »