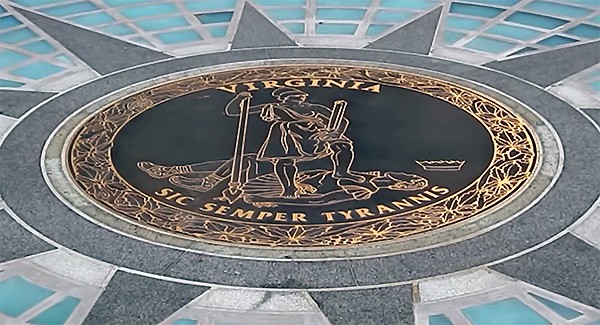 HB2025 was approved 57 to 37 by the GOP-controlled chamber on a mostly party-line vote. (Four Republicans, Delegates Davis, Stolle, Villanueva and Yost voted nay.) It purportedly came in response to McAuliffe’s executive order that excludes government contractors who are found to discriminate against LGBTQ individuals and states that organizations that do not accept same-sex marriage should not be “punished” by the government.

Delegate Nicolas Freitas sponsored the bill. “This governor crossed a line and we have to defend those religious organizations,” he claimed, referring to sexual identity as “venereal passions.”

Democratic lawmakers voiced their concerns against the bill’s passage as well as warned of the HB2 precedent in neighboring North Carolina:

Del. Marcus Simon claimed that there are already statutes in place that protect religious organizations from violating their faith . . . “I think it’s going to send the wrong message to the rest of the United States,” Simon said. “It’s going to say that we are on the same side as North Carolina. That we are on the wrong side of this argument. That we are not welcoming to all kinds of people, regardless of who they love. It’s not the message we want to send if we want to have a 21st Century Virginia economy,” he said.

“The Virginia House of Delegates’ decision to pass this legislation puts the state’s people, reputation, and economy at risk,” said HRC Legal Director Sarah Warbelow. “This reckless bill in truth has nothing to do with the right to practice one’s religion, which is already firmly protected by the First Amendment. Rather, it is a thinly veiled attempt to provide a special license to discriminate with taxpayer funds.”

“We recognize that religion is a vital part of many Virginians’ daily lives, but HB 2025 does not protect religious liberty. Instead, it provides a license to discriminate against loving LGBTQ families,” said Equality Virginia Executive Director James Parrish.  “Furthermore, its broad and vague definition of ‘person’ would set a dangerous precedent for discriminatory individuals and groups to be protected by our religious freedom laws.”

Gov. McAuliffe has already signaled his intention to veto HB2025.