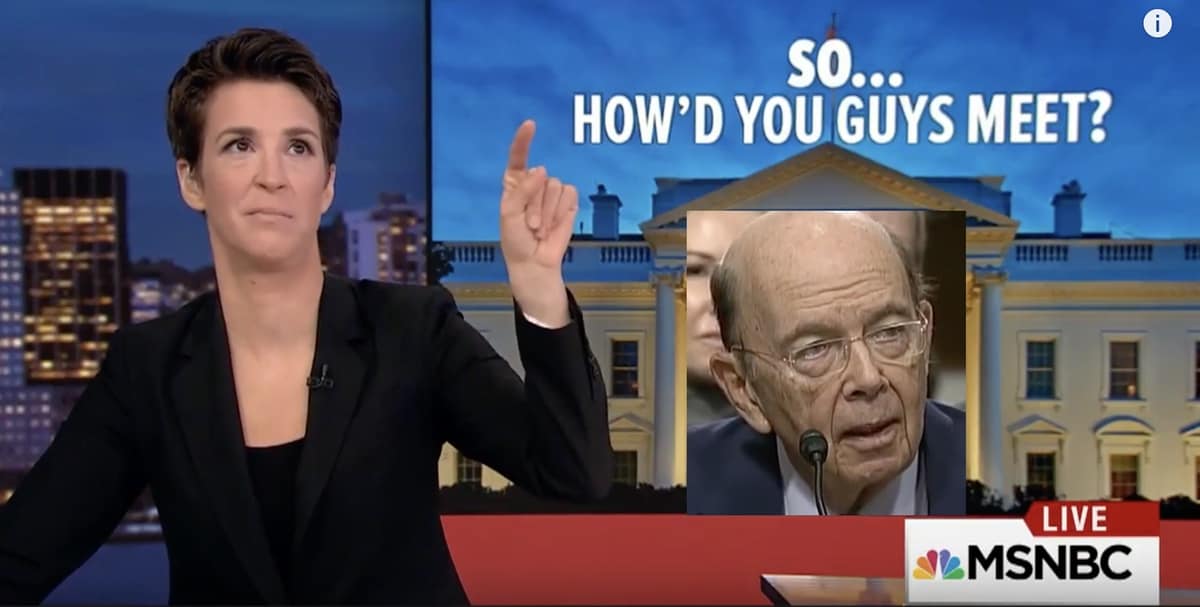 Ross sits at the center of an extremely shady Florida real estate deal between Donald Trump and a billionaire Russian fertilizer magnate named Dmitry Rybolovlev with a need to hide large amounts of money.

“At the time this magical deal emerged out of nowhere that put tens of millions of dollars in Donald Trump’s pocket, at that time Donald Trump was financially having a very difficult time. It is a matter of public record that he was fighting very hard among other things to avoid paying off a very big loan that he had with Deutsche Bank. Deutsche Bank needs the money that means Trump needs the money, that means Trump needs to get the money, so… This mysterious infusion of cash from the Russian guy came at just the right time for now President Trump.”

“Every investigative reporter in the country right now is trying to figure out whether there is some reason our president appears to feel so beholden to Russia, and to Vladimir Putin. Well this part here, this is not like a loose thread, this is like a rope ladder hanging down from the ceiling begging people to crawl up this and look around.”

If you’re interested in digging any further into the shadiness surrounding Ross, check out this article in The Guardian.