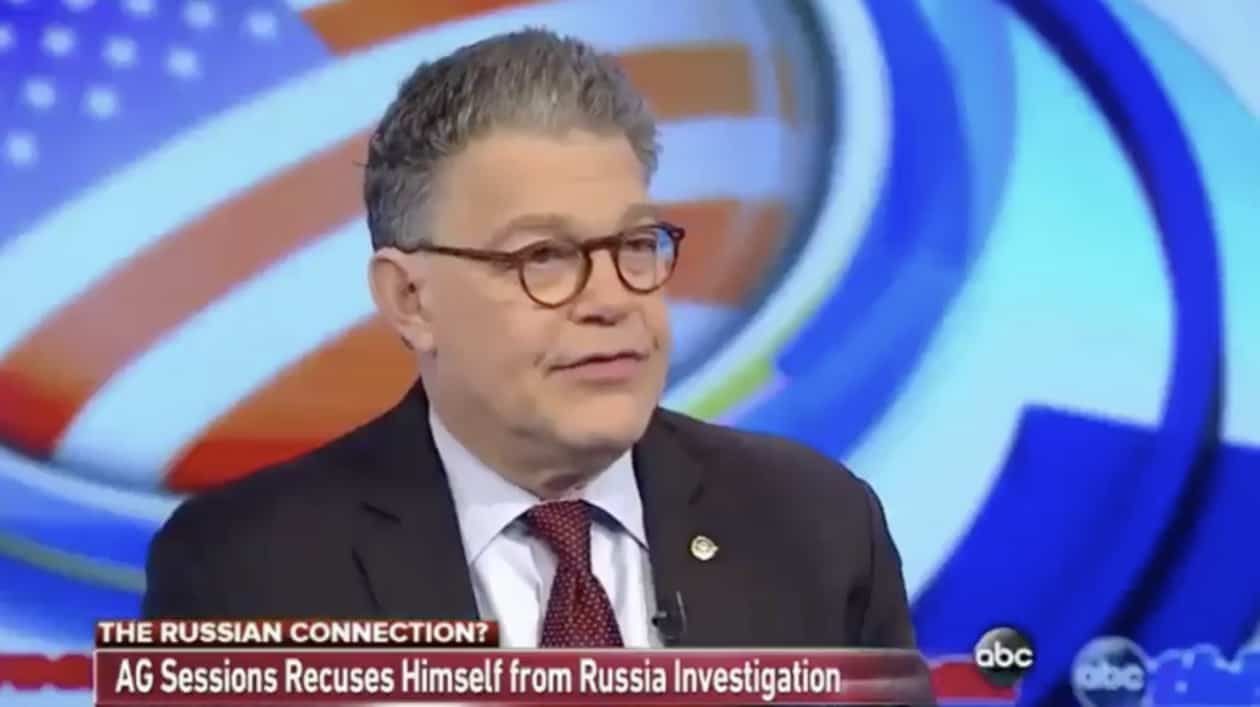 FBI Director James Comey asked the DOJ to refute Donald Trump’s assertion that Obama ordered his phones tapped because “it falsely insinuates that the F.B.I. broke the law,” the NYT reports:

Mr. Comey’s request is a remarkable rebuke of a sitting president, putting the nation’s top law enforcement official in the position of questioning Mr. Trump’s truthfulness. The confrontation between the two is the most serious consequence of Mr. Trump’s weekend Twitter outburst, and it underscores the dangers of what the president and his aides have unleashed by accusing the former president of a conspiracy to undermine Mr. Trump’s young administration.

Meanwhile, on ABC’s This Week, Al Franken blasted the wiretapping talk as another “distraction” by Trump:

“This is just a distraction, to distract from this very, very serious interference by a foreign power on our democracy and the question of whether Trump world — his campaign, his business associates — had anything to do with it and colluding with them.”

Previous Post: « Former Director of National Intel. James Clapper: There was No FISA Warrant to Wiretap Trump – WATCH
Next Post: John Oliver Had a Riveting Visit with the Dalai Lama, aka ‘the Original Woke Bae’ – WATCH »