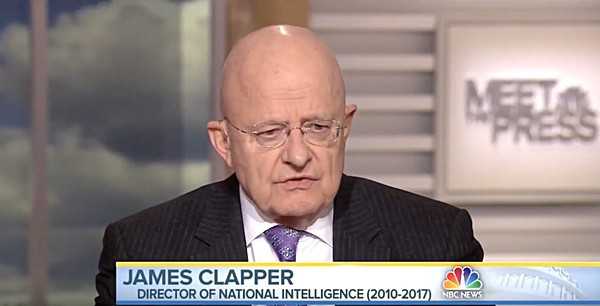 Former Director of National Intelligence James Clapper appeared on Meet the Press this morning and was asked about Donald Trump’s allegations that Trump Tower was wiretapped.

“I will say that for the part of the national security apparatus that I oversaw as DNI, there was no such wiretap activity mounted against the president-elect at the time, as a candidate, or against his campaign. I can’t speak for other Title 3 authorized entities in the government or a state or local entity…”

Clapper said that he would “absolutely” know if a FISA court order existed with regard to Trump.

Asked if he could confirm or deny that a FISA court order exists to wiretap Trump Tower, Clapper replied: “I can deny it….Not to my knowledge.”