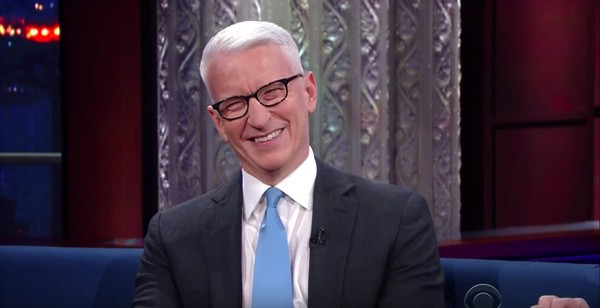 Anderson revealed that he has muted Donald Trump on Twitter in order to keep his sanity:

“I don’t really want to have a relationship with these people.”

RELATED: Anderson Cooper and His Partner Benjamin Maisani are Caring for Elephants in Myanmar

And he also spoke about shirtless photos he posted to Instagram a few months ago from Myanmar in which he was washing an old elephant.

“It was my Vladimir Putin moment,” he said. “I wanted to one-up Putin.”

Anderson also revealed what he thinks about the White House Correspondents Dinner and suggested that Trump find another way to release his stress than on the internet.