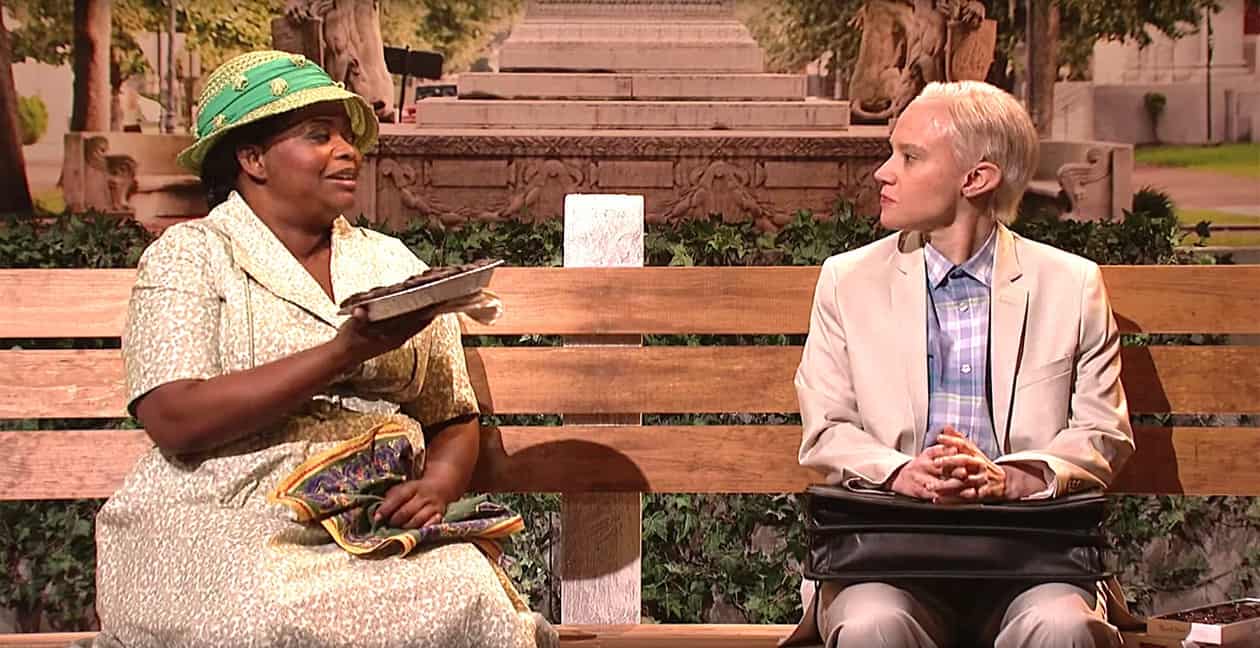 In the sketch, Sessions devoured a box of chocolates and discussed his terrible week with a variety of passengers at a bus stop, including Vladimir Putin.

“I wasn’t going to remember it anyway.” 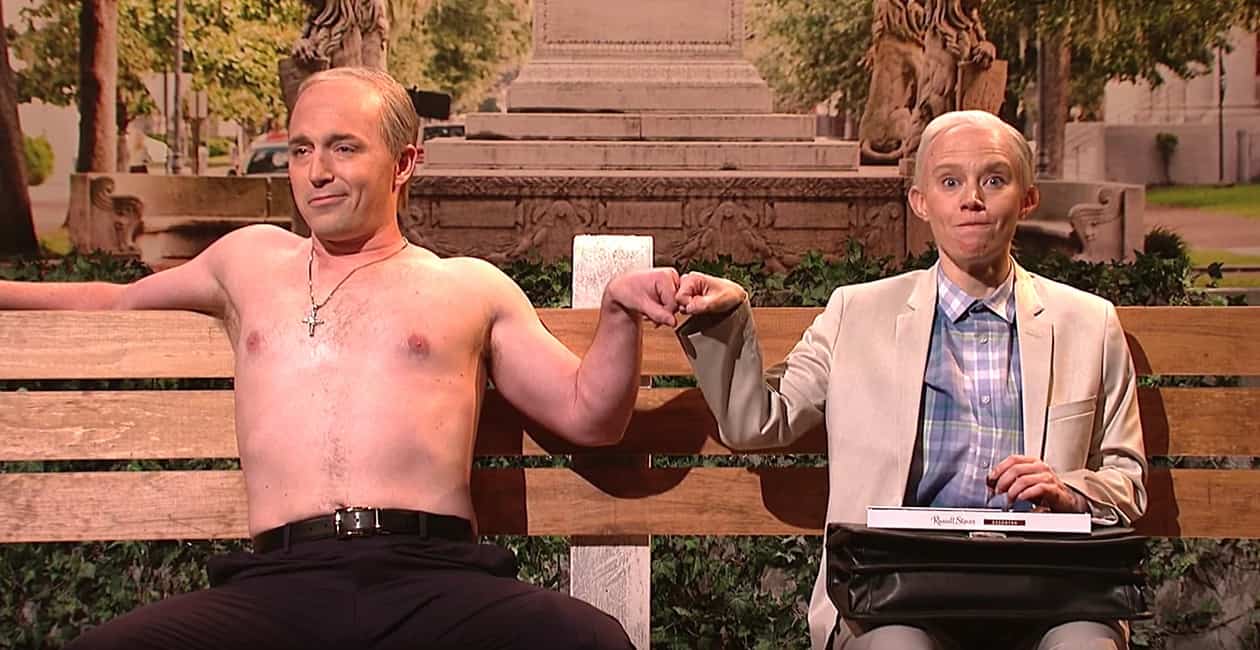 But the scene was stolen by guest host Octavia Spencer, who showed up as her character Minny from The Help, and used the weapon that Minny is known for.

“Are you Jeff Sessions,” asked Minny, “the one Coretta Scott King wrote that letter about?”

Replied Sessions: “Oh wow, well that was 40 years ago, you still remember that?”

“Oh, a lot of people in Alabama remember that, sir. My name’s Minny. You don’t know me. I’m from a different movie. And I have a pie that I baked especially for you.”

And those who have seen The Help know it’s a very special pie, indeed.

Previous Post: « Russia May Ban ‘Beauty and the Beast’ for Violating ‘Gay Propaganda’ Law
Next Post: Former Director of National Intel. James Clapper: There was No FISA Warrant to Wiretap Trump – WATCH »