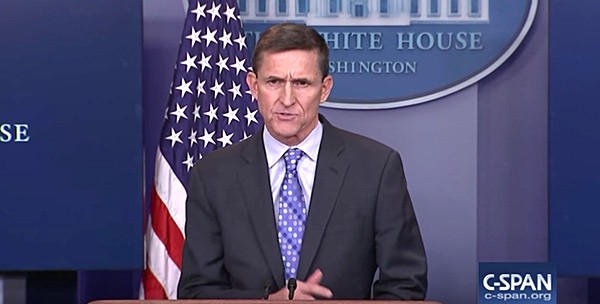 The New Yorker reported this week that Mr. Kushner had met with Mr. Kislyak at Trump Tower in December. Hope Hicks, a White House spokeswoman, confirmed on Thursday that Mr. Flynn was also at the meeting in response to questions from a New York Times reporter.

It is common and not improper for transition officials to meet with foreign officials. But all meetings between Trump associates and Russians are now significant as the F.B.I. investigates Russian interference in the American election and whether anyone close to Mr. Trump’s campaign was involved.

The meeting in December came at a crucial time, just as the Obama White House was preparing to sanction Russia and publicly make its case that Moscow had interfered with the 2016 election.

What is now becoming clear is that the incoming Trump administration was simultaneously striking a conciliatory pose toward Moscow in a series of meetings and phone calls involving Mr. Kislyak.

It’s unknown what the Trump campaign officials who spoke with the ambassador – J.D. Gordon and Carter Page – discussed with him. Those who took part in the events in Cleveland said it is not unusual for presidential campaign teams to interact with diplomats.

However, the newly-revealed communications further contradict months of repeated denials by Trump officials that his campaign had contact with officials representing the Russian government.

The news of Flynn’s meeting comes amid calls for the resignation of Attorney General Jeff Sessions for lying under oath about his contacts with the Russian ambassador. Sessions today promised to recuse himself from any inquiry into Russia’s contacts with the Trump campaign.

On Monday, Rachel Maddow reported on another connection between Trump’s cabinet and Russia: Commerce Secretary Wilbur Ross sits at the center of a shady Florida real estate deal between Trump and a Russian billionaire fertilizer magnate and several banks.

One day soon perhaps we’ll see how all these pieces fall together.