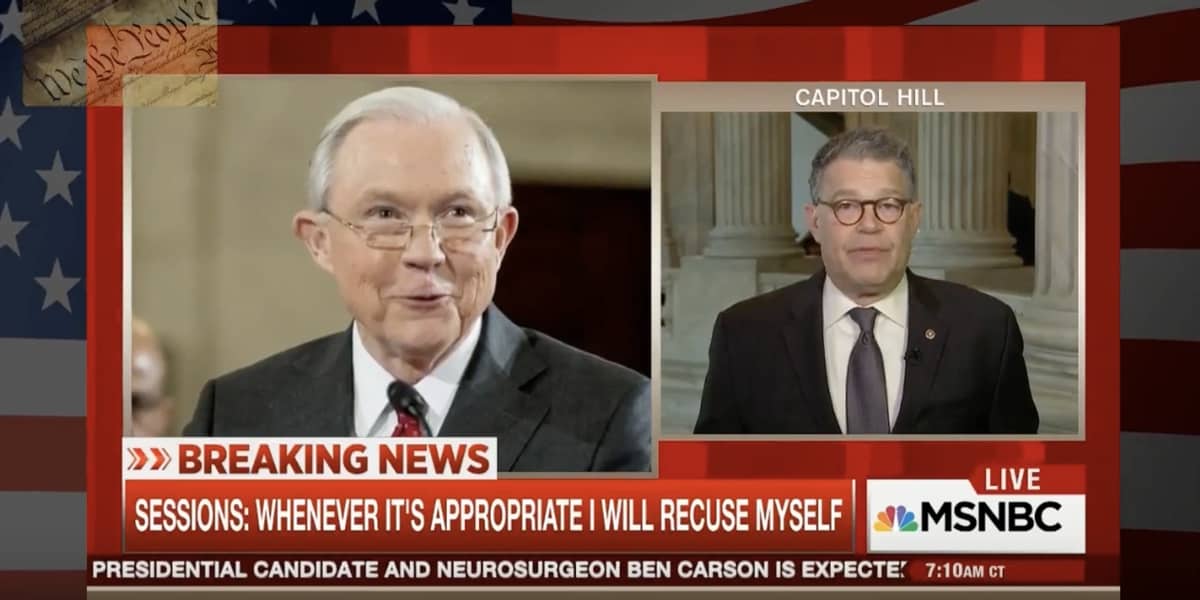 Senator Al Franken called on Attorney General Jeff Sessions to clarify what has happened, “come forward with the truth,” answer questions at a press conference, immediately recuse himself from any investigations, and a fully independent special prosecutor needs to be appointed to look into it.

As far as coming forward with the truth, Sessions has given conflicting explanations of his interactions with the Russian ambassador and even the most charitable interpretation is unbelievable: