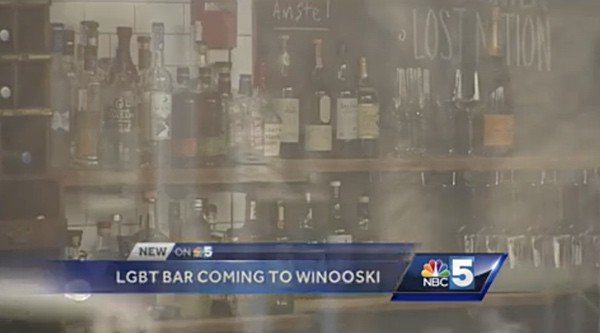 The Burlington, Vermont area’s first dedicated gay bar in eleven years is set to open next week, but its questionable name has drawn sharp criticism.

The previous establishment, the Oak45 wine bar, is slated to reopen as Mister Sister. Owner Craig McGaughan says the name is meant to reflect the inclusivity he intends with the rebranding:

“It is a term that has been used among gays and drag queens for decades intended to be positively gender-bending,” McGaughan wrote. “Mister Sister is for the Misters and the Sisters, those that identify as both and everyone in between. The official description of Mister Sister is ‘a gay bar for him, her and them.’ I have been very intentional in using a pronoun that isn’t specifically male or female as a way to include anyone that identifies as part of the LGBTQ community.”

In his Facebook announcement, McGaughan stated that “the LGBT community in Vermont has been missing a place to call our own and through luck, a lot of support and hard work, we have the space to offer that.” He has since, however, taken to directing any concerns over the name to an unspecified elsewhere while deleting any unfavorable comments.

This is because the proposed name has encountered opposition among some members of the community.

Transgender man and Burlington resident Wiley Reading told the Burlington Free Press that he felt “‘mister sister’ is a transmisogynistic slur, and it is deeply uncomfortable.”

“Personally, I do find the name offensive,” Leavitt said. “I know Craig, and Craig is a good man. … His unwillingness to meet is what I’m finding to be the most troubling.”

This impasse led to the abrupt resignation of two other board members, Timber Adams and Bailey Cummings, late Tuesday. They faulted the Center for not taking a more active stance on the matter.

Previous Post: « Al Franken: Even the Most Charitable Interpretation of Jeff Sessions’ Explanation is Hard to Believe – WATCH
Next Post: ‘Priscilla’, ‘Chicago’, ‘Clueless’, ‘Glow’, ‘Romy and Michelle’ and more films streaming in March »