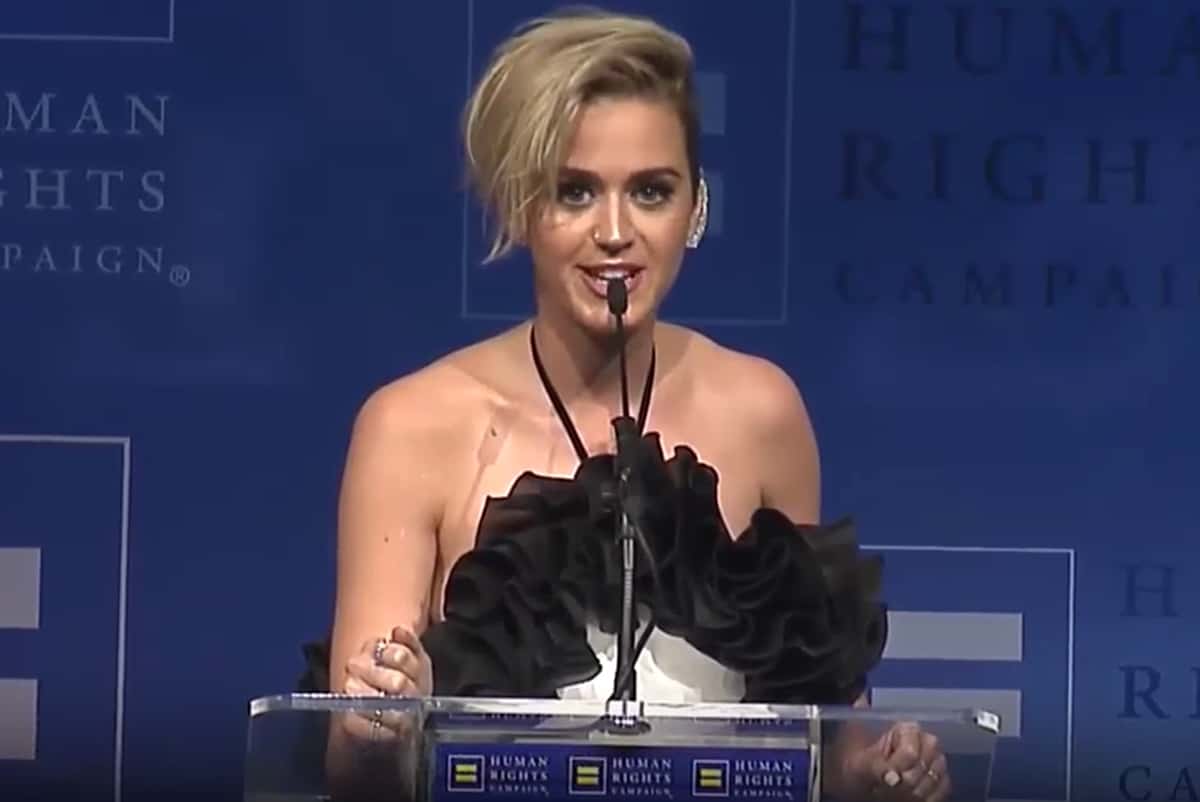 Katy Perry accepted the National Equality Award from the Human Rights Campaign over the weekend and offered an inspiring tale about how she learned that her religious upbringing, which had taught her to fear gay people, was completely wrong.

She also offered a confession:

“I speak my truths and I paint my fantasies into these little bite size pop songs. For instance, ‘I kissed a girl and I liked it.’ Truth be told — a) I did more than that, and, but b) how was I going to reconcile that with a gospel singing girl raised in youth groups that were pro-conversion camps? What I did know is that I was curious. And even then I knew sexuality wasn’t as black and white as this dress.”

But there was conflict in her life:

“I wondered how was I going to reconcile that with the gospel singing girl raised in youth groups that were pro-conversion camps … I prayed the gay away at my Jesus camps.”

Perry spoke about her childhood growing up in a religious family, jabbing at the Trump administration:

“My first words were Mama and Papa, God and Satan. “Right and wrong were taught to me on felt boards…When I was growing up, homosexuality was synonymous with the word abomination. And hell. A place of gnashing of teeth, continuous burning of skin, and probably Mike Pence’s ultimate guest list for a barbecue.”

But when she discovered her gift, music, she suddenly was forced out of her “bubble” and learned that everything her religion had taught her was wrong:

“These people were nothing like I’d been taught to fear. They were the most free, strong, kind and inclusive people.”